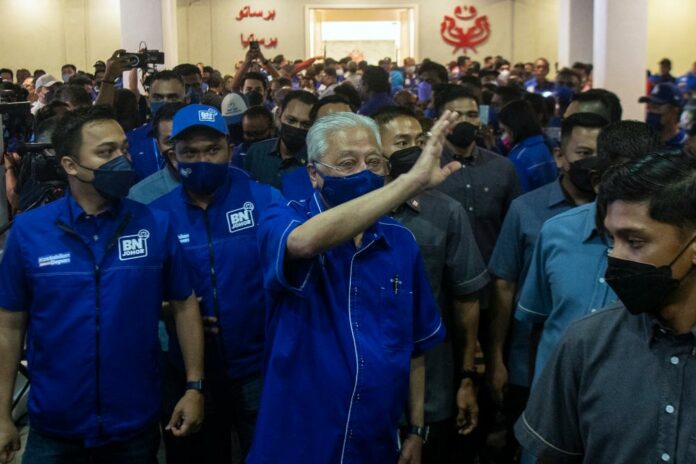 Ismail Sabri, who is an UMNO vice-president, said many had expected BN to win with only a simple majority of 35 seats at the most.

“The big win in the Johor polls was beyond expectation.

“I believe the people are now in a position to compare. Previously, they could not make comparisons because the country was ruled by BN for 60 years and many people then could see BN’s weaknesses,” he said in a posting on his official Facebook today.

But after the 14th general election (GE14), the people realised that the other party failed to deliver on its promises despite being given a chance to rule by the people, he said.

“The rakyat could evaluate which is better and it has been proven that BN cares for the people and helps them. This is why we also won in Melaka (state election). In the Johor polls this time, the people have made their choice.

“I would like to thank Johor voters for placing their trust in BN to lead the state,” he said.

He also expressed his thanks to the leaderships of UMNO and other BN component parties, as well as the party machinery for their hard work which brought BN victory.

“The people of Johor have decided; all quarters should accept it graciously, forget about the completed battle and come together as a big Keluarga Malaysia to develop Johor,” he added.

BN stormed back to power in Johor by winning 40 seats for a majority of more than two-thirds, leaving Perikatan Nasional (PN) with just three seats, Pakatan Harapan (11), and PKR and the Malaysian United Democratic Alliance (MUDA) one each.

GE15: Aid packages for the people should not have symbols of...