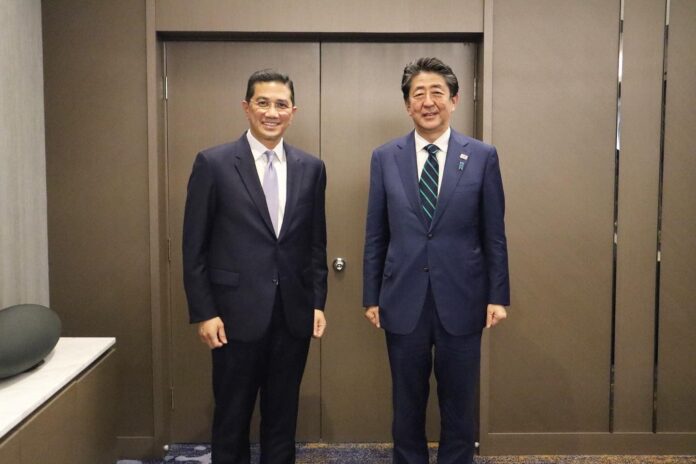 KUALA LUMPUR, March 13 (Bernama) — Malaysia and Japan have reaffirmed their commitment to redouble their efforts to meet the challenges of the new era, particularly issues related to global supply chain disruption.

These included enhancement of bilateral trade and investment relations, the 40th anniversary of the Look East Policy, Regional Comprehensive Economic Partnership (RCEP), Comprehensive and Progressive Agreement for Trans-Pacific Partnership (CPTPP) and Japan’s hosting of the Expo 2025 Osaka, the International Trade and Industry Ministry (MITI) said in a statement.

“They acknowledged that in recent years, both countries have been expanding the horizon of cooperation including in measures against COVID-19, smart cities development, communication infrastructure as well as energy transition to achieve net zero carbon.

“Both sides concurred on the imperative of working together to tackle the challenges of the new era, particularly in facing headlong issues related to the disruption of the global supply chain,” the ministry said.

On RCEP,  Abe said he was looking forward to the agreement coming into force for Malaysia on March 18, expressing the hope that Malaysia would also soon ratify CPTPP.

MITI said Azmin also took the opportunity to update Abe that Malaysia had just completed a cost-benefit analysis for CPTPP and was currently undertaking domestic processes, including the necessary legislative amendments.

Commending Malaysia’s Look East Policy, which has entered its 40th year, Abe underscored its effectiveness in having provided Malaysia with a strong foundation in promoting trade and investment cooperation, human resource development as well as people-to-people ties with Japan.

Total trade between both countries came to RM148.98 billion, with Malaysia’s exports to Japan amounting to RM75.27 billion and imports from Japan valued at RM73.71 billion.

As of 2021, a total of 2,709 manufacturing projects with Japan’s participation were realised with total investments of RM90.9 billion, generating 337,280 jobs.

The majority of these investments were in electronics and electrical products, chemicals and chemical products, non-metallic mineral products and transport equipment.

Severe action against those who let underage kids drive – Wee