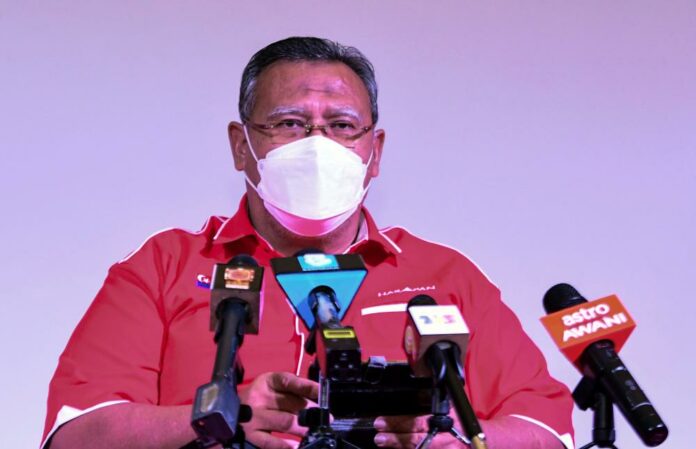 KULAI, March 13 — Johor Pakatan Harapan (PH) has accepted its defeat in the Johor election and will hold a post mortem to identify any weakness, shortcomings and mistakes, says Johor PH co-ordinator Aminolhuda Hassan.

He said the post mortem was important to enable PH to rise again during the 15th General Election (GE15).

He said PH respected the decision made by the people of Johor and appreciated the spirit shown by the voters in the state despite the low voter turnout in the polls, especially among the youth and new voters who were registered automatically.

“We will conduct a post mortem to ensure any mistakes are corrected to enable us to rise (again).

“This is important so that PH is ready to face the coming general election specifically BN which we know are indeed passionate about holding the GE as soon as possible,” he told a media conference here today.

In the meantime, Aminolhuda, who is also Johor Parti Amanah Negara (Amanah) chairman, said that among the lessons that could be gleaned from the Johor election was that the opposition parties should be united.

“Whether the strategy was wrong, or otherwise, it (election) has now passed. After this, all parties should be magnanimous and accept each other’s views sincerely, because the result was unexpected,” he said.

In the meantime, when asked if the clash between PKR and the Malaysian United Democratic Alliance (MUDA) in the Larkin seat was among the causes of their loss, Aminolhuda declined to comment further.

“We do not want to look at the squabble as a factor, because we not only lost in that seat, but others as well,” he added.

Commenting on his position as Johor PH chairman, Aminolhuda who lost in the Parit Yaani seat, left it to PH’s top leadership to decide.

Meanwhile, DAP adviser Lim Kit Siang said if they had another week to campaign, the seats of Paloh, Yong Peng, Bekok and Pekan Nanas could be retained by the party.

“I would like to congratulate all. It is an uphill battle,” he said.

Meanwhile Amanah deputy president Datuk Seri Salahuddin Ayub said although the election results were not in their favour, the party would continue to soldier on.

He expressed his gratitude that he was given the mandate to continue representing Simpang Jeram after successfully defending his seat in the just-concluded election.

“I sympathise with my comrades who lost in this election. Our struggle continues. May we stand strong as part of HARAPAN in our country for the sake of our people,” he said in a Facebook post.

Meanwhile, Johor DAP chairman Liew Chin Tong, who won the Perling seat in his state election debut, promised to fulfil his duties as an elected representative by providing the best service to voters in the constituency.

“I also thank all volunteers and officials who worked tirelessly for the last two weeks to make this campaign a success,” he added.