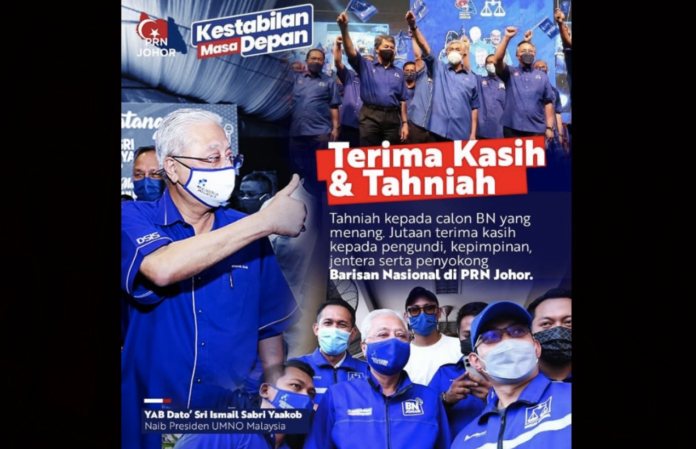 “Congratulations to Barisan Nasional on its win in #PRNJohor (Johor state election),” said the UMNO vice-president in a post on his Facebook tonight.

He also thanked voters for their support and the party leadership, machinery and workers for their hard work which brought BN victory.

“The time has come for Johor to enjoy stability for the sake of the people’s future!” he said.

Based on unofficial results as at 10.21 pm, BN has obtained a simple majority with 29 seats to form the state government.

A total of 56 seats were up for grabs in the polls.

The Johor State Legislative Assembly was dissolved on Jan 22 and nominations were held on Feb 26.