马中透视 MCI
Home Breaking News Ahmad Zahid to have audience with Sultan of Johor this afternoon –... 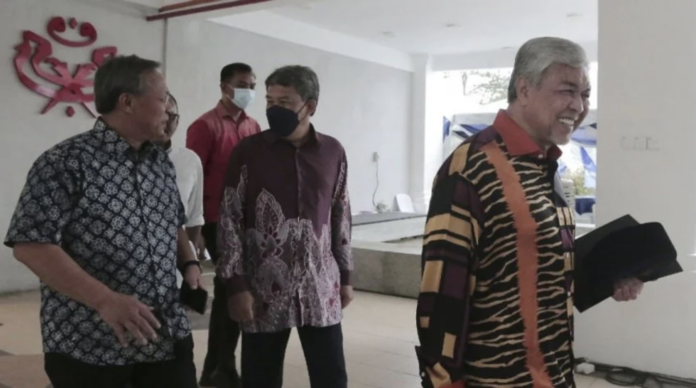 JOHOR BAHRU, March 14  — UMNO president and Barisan Nasional (BN) chairman Datuk Seri Dr Ahmad Zahid Hamidi will have an audience with the Sultan of Johor, Sultan Ibrahim Almarhum Sultan Iskandar, on the appointment of the Johor Menteri Besar this afternoon.

“This is the normal process. After the Election Commission has announced the election results, the (UMNO) president will have an audience (with the Sultan),” he told reporters briefly when met at the Johor UMNO headquarters here today.

In the Johor state election on Saturday (March 12), BN regained power with more than a two-thirds majority, capturing 40 of the 56 seats contested.

Earlier, Ahmad Zahid was seen arriving at the UMNO headquarters in Jalan Yahya Awal at 2.30 pm and spent about 20 minutes there.

During the campaigning, Ahmad Zahid named Hasni, who contested and won in Benut, as BN’s Menteri Besar candidate if the coalition won the election.