马中透视 MCI
Home Editor's Pick Hold GE only if BN is ready, have support of majority of... 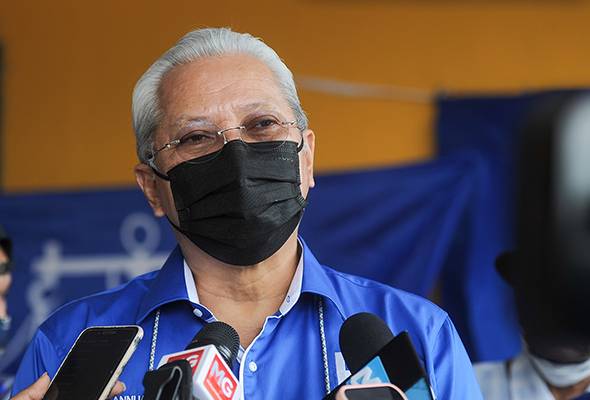 KUALA LUMPUR, March 13 — Barisan Nasional (BN) must be really ready and have the support of the majority of the people for Prime Minister Datuk Seri Ismail Sabri Yaakob to dissolve Parliament to enable the 15th General Election (GE15) to be held.

Communications and Multimedia Minister Tan Sri Annuar Musa, who agreed that the time has come to start preparing for GE15, said that the best thing to do now was to review all relevant matters, including public sentiment.

“If we are really ready, I think it should be expedited. The date (for GE15) is up to the prime minister’s discretion after holding internal talks with the UMNO Supreme Council,” Annuar wrote in a post on his Facebook page today.

He was commenting on the prime minister’s statement that the GE could not be held just because of the insistence of a small group and that, instead, the election was a big matter that required discussions as well as the preparation of various aspects and related parties.

Annuar said Ismail Sabri’s reaction reflected the wisdom and political maturity of a prime minister because the GE was not a small matter, what more to dissolve a ruling government with the mandate from almost all Dewan Rakyat members.

He said the prime minister represented a minority party, namely 42 out of 116 coalition seats in Parliament, which has a total of 222 seats, and as such discussions within the government must be taken into account.

According to Annuar, the date for the dissolution of Dewan Rakyat must be a top secret of the ruling party and remain at the discretion of the prime minister, not decided through organised pressure.

Elaborating, Annuar said that for GE15 to be held, it would require a top leadership that was responsible for the party’s preparedness in terms of resources, logistics, finance, organisation and strategy.

He also said that BN’s victories in the Melaka and Johor polls last November and yesterday respectively were because the party leadership knew their preparedness apart from the people’s sentiments in supporting the state government’s decisions.

“At the central level, these sentiments need to be scrutinised because if something else is done other than (according to) the people’s sentiments, they will show their reactions through the ballot box,” he said.

Annuar also said that the results of both the state elections were also due to the support of the party headquarters, prime minister, ministers and deputy ministers, chief ministers and division heads nationwide which is unmatched by any other parties.

“In the GE, this won’t happen because everyone will be busy taking care of their own areas and if the preparations, especially resources and finance, are insufficient then the whole machinery will be completely paralysed,” said Annuar.

SOP relaxation for fully vaccinated individuals to be decided next week...