马中透视 MCI
Home Breaking News EPF dividend should have been at 6.7 pct if no withdrawals were... 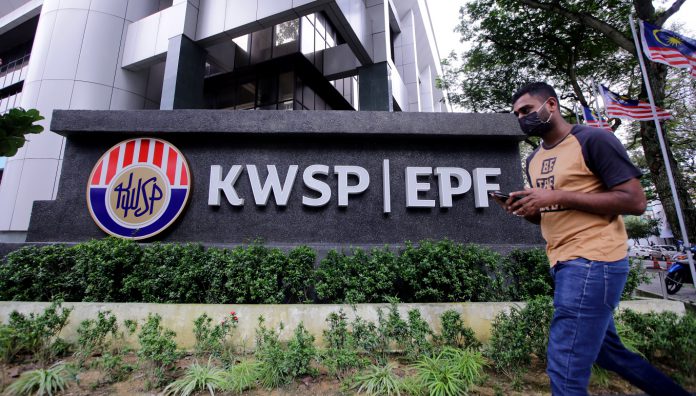 KUALA LUMPUR, March 14 — The Employees Provident Fund (EPF) dividend rate should have been higher at 6.7 per cent compared with the 6.1 per cent announced recently if there were no outflow of savings by its members.

Finance Minister Tengku Datuk Seri Zafrul Abdul Aziz said an additional dividend of RM5.4 billion could be distributed to all EPF members if previous withdrawals were not made.

“The loss of RM5.4 billion from this dividend has resulted in about 5.3 million members who have never withdrawn their savings through any withdrawal scheme before receiving lower returns on their savings.

“I would like to ask Honourable Members, who also represent contributors who do not have to withdraw their savings: is this fair?” he said this when winding up the debate on the motion of thanks for the Royal Address for the Ministry of Finance at the Dewan Rakyat today.

On the whole, EPF members have had access to their retirement funds of up to RM71,000 through three special EPF withdrawal programmes, namely i-Lestari, i-Sinar and i-Citra which have benefited more than 7.3 million members or 58 per cent of the 12.7 million members with the withdrawals amounted to RM101 billion.

Tengku Zafrul said although the initiative had eased the burden of members in need, the special withdrawals had resulted in a significant reduction in retirement savings.

Following the withdrawal of RM101 billion, he said a total of 6.1 million members or 48 per cent of members under the age of 55 only had a savings balance of less than RM10,000.

“If a one-off withdrawal of RM10,000 is allowed, the number of members eligible who would make withdrawals is expected to reach 6.3 million members involving additional withdrawals amounting to more than RM63 billion.

“If additional withdrawals were allowed, the EPF will have to carry out portfolio balancing, and the impact may be more than the withdrawal value of RM63 billion,” he added.

In order to cover the withdrawal value of RM63 billion, he said the EPF needs to sell more overseas investment assets in volatile market conditions, especially with the ongoing Russia-Ukraine crisis, halting domestic investment for the short and medium term from three to six months.

Tengku Zafrul said the move would continue to have a negative impact on the local stock and bond markets, including Malaysian Government Securities (MGS) interest rates, which had increased by an average of 100 basis points compared with the third quarter of 2020, and cause borrowing costs for the government in the future to increase significantly.

The move will also affect the EPF’s position as the largest sole holder of MGS with a holding of RM240 billion or almost 27 per cent of the total value in the MGS bond market, he added.