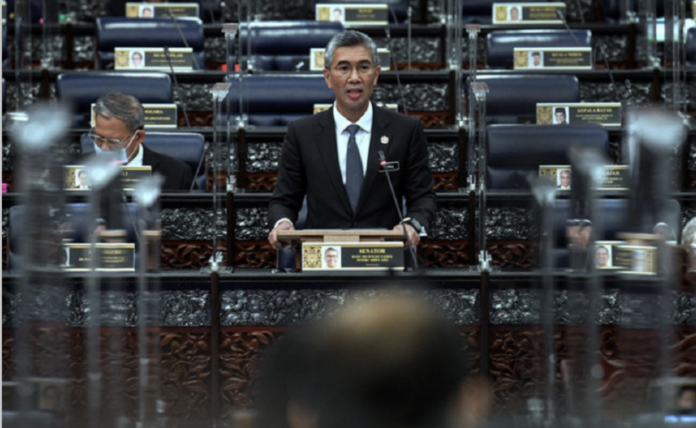 He said the government had repaid RM13.31 billion of 1MDB’s loans and interest through the ministry’s Assets Recovery Trust Account.

“At the same time, the trust account still has a balance of RM15.76 billion and (this) is not sufficient to settle all 1MDB’s principal loans,” he said when winding up the debate on the motion of thanks for the Royal Address for the Ministry of Finance at the Dewan Rakyat today.

Tengku Zafrul said the government will receive settlement funds of RM515 million from AmBank as well as US$954 million (US$1=RM4.19) from Goldman Sachs.

“This means that the government still have to cover the shortfall of RM17 billion to repay the principal loan and interest of 1MDB amounting to RM38.8 billion for 2023 to 2039,” he added.

Tengku Zafrul said public funds had been used and will still need to be used to settle 1MDB debts, whether in terms of direct assistance or through asset recoveries.

“Following the financial problems faced by 1MDB, the government from April 2017 till November 2021 had channelled financial assistance in the form of loans or advances totalling more than RM10 billion via the ministry and Minister of Finance (Incorporated) (MoF Inc) companies for the repayment of 1MDB’s commitments and interest on loans,” he added.

He said the government would continue to ensure 1MDB’s debts are paid on time to avoid the event of a default which would give a negative implication to the country’s economy as these debts have been guaranteed by the government.

Tengku Zafrul added that the government would also strive to recover the misappropriated funds related to 1MDB, either through legal action or negotiations.

UPDATES ON THE CORONAVIRUS DISEASE 2019 (COVID-19) SITUATION IN MALAYSIA

News reports on Parliamentary meetings should be fair, accurate, not sensationalised...