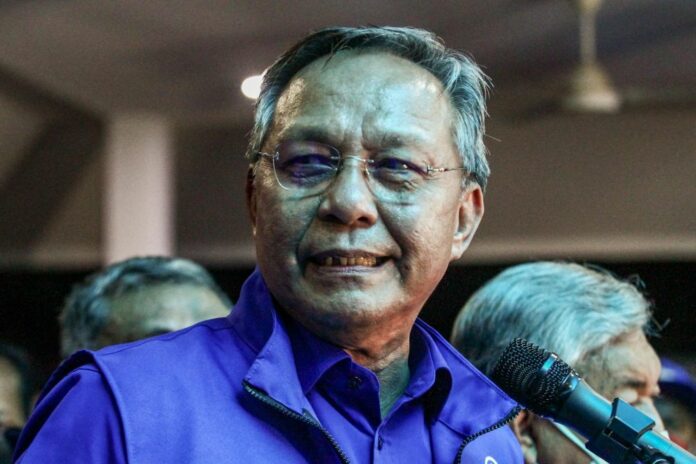 He said this was based on the fact that the support and position of youths were important in the development of Johor.

In a statement issued late this evening, Hasni said the state government under his leadership had done its best for Johor to be resilient against the challenges of the COVID-19 pandemic.

Therefore, the former Menteri Besar said under a new leadership, Johor will prosper.

“As mentioned in my speech on the night of Johor BN’s victory (Saturday’s state polls), there is no political ideology, party member or political party bigger and more important than Johor Darul Ta’zim.

“Now is the time to build a more prosperous Johor together,” Hasni, who is also Benut assemblyman, said.

Hasni, who is Johor UMNO liaison chief, was also grateful and thanked all BN members and the machinery who campaigned hard to deliver victory.

He said BN’s haul of 40 of the 56 seats contested was a culmination of the cooperation and hard work shown by all who campaigned for the coalition.

“Congratulations to all successful candidates, whether from Barisan Nasional (BN) or other parties, including independent candidates.

“I appreciate the party’s care and concern throughout the 15th Johor state elections that led to a huge win for BN in Johor,” he said.

Earlier, BN chairman Datuk Seri Dr Ahmad Zahid Hamidi was granted an audience with the Sultan of Johor on matters relating to the appointment of the 19th Johor Menteri Besar.

On March 4, while campaigning in Kota Tinggi, Ahmad Zahid said BN had chosen Hasni as the menteri besar candidate and will seek the Sultan’s consent to appoint Hasni if BN wins the polls.

The UMNO president had said that this was based on Hasni’s encouraging performance and ability to drive development in Johor within a short period.

He is the third Menteri Besar to be appointed since the 14th general election in 2018 after the late Datuk Osman Sapian and Datuk Dr Sahruddin Jamal.