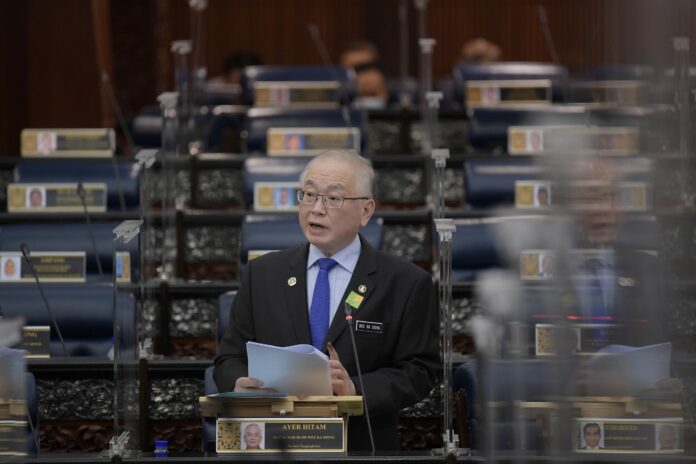 He said the land acquisition process has been completed and the infrastructure design has also been finalised while earthworks, utility diversion as well as piling works were underway.

“The Ministry of Transport is giving full attention to the implementation of these mega projects,” he said when winding up the debate on the motion of thanks for the Royal Address on behalf of his ministry at Dewan Rakyat today.

It will have the capacity to serve a total of 10,000 passengers an hour in each direction.

On the Kuala Lumpur-Singapore High-Speed Rail (HSR) project, Wee said the ministry was tasked to hold discussions with the Singapore government under new terms, adding that the discussion was still in the early stages.

He explained that the ministry was preparing to hold initial discussions with Singapore in the second quarter of this year.

“In line with the Prime Minister’s visit to Thailand on Feb 25, the ministry is also exploring possibilities of conducting an HSR feasibility study from Kuala Lumpur to Bangkok,” he said.

Meanwhile, on the progress of the Gemas-Johor Bahru Railway Electrified Double-Tracking project, he said the physical progress was currently at 82.5 per cent, admitting that there was a delay due to COVID-19.