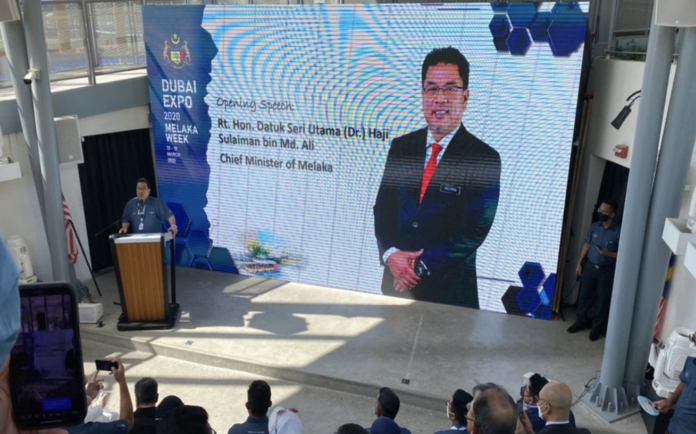 DUBAI, March 14 — The Melaka government plans to build an undersea tunnel for a rail system network linking Melaka and Dumai in Indonesia.

Chief Minister Datuk Seri Sulaiman Md Ali said according to plans, the tunnel would be built across the Straits of Melaka.

“This is a long-term plan. The shortest distance between Melaka and Dumai is 47 kilometres,” he told a press conference after the launch of Melaka Week at Expo 2020 Dubai at the Malaysia Pavilion today.

However, he said the agreement and approval of the Indonesian government was required for the project to be implemented.

“The firm from Malaysia is only capable of meeting 50 per cent of the total project cost.

“If everything goes smoothly, construction of the tunnel will take four to five years,” he added.

The project is seen as capable of helping to boost the gross domestic product growth of Melaka.

Melaka’s economy is currently highly dependent on the services sector but the manufacturing industry is fast catching up.

Johor Sultan to be conferred NUS Honorary Doctor of Laws

Don’t underestimate Kawasaki, it can cause death in children – Experts