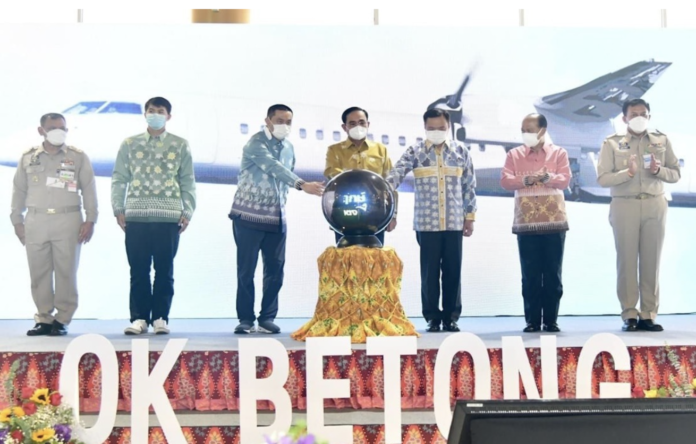 After arriving Prayuth presided over the opening ceremony of the new Betong International Airport, that  has a 7,000-square-metre passenger terminal and 1.8-kilometre runway to accommodate small aircraft such as ATR and Bombardier Q-400.

Located about 13 kilometres east of downtown Betong, the airport is capable of handling up to 300 passengers an hour or 800,000 passenger a year. It received an operating licence from the Civil Aviation Authority of Thailand (CAAT) on January 28. It is the 29th airport under Department of Airports (DOA) supervision.

“The Betong International Airport will boost tourism industry in southern Thailand. It will revitalize tourism and economy in the region.

“Therefore, the government will develop transportation infrastructure and logistic to attract tourist arrivals to Betong,” he said at the opening ceremony.