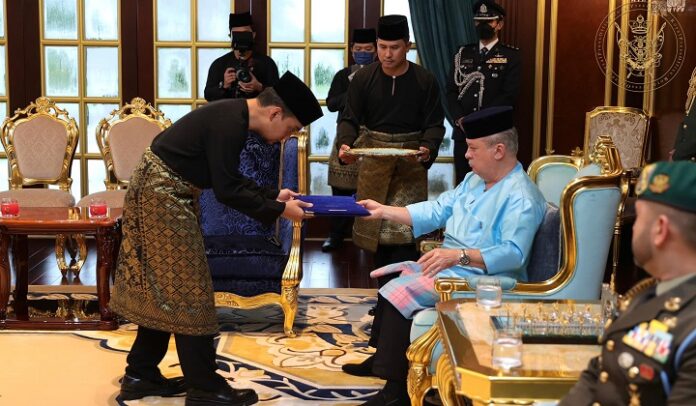 Onn Hafiz, who is the great-grandson of UMNO founder and former president Datuk Onn Jaafar, was Johor Tourism, Youth and Sports Committee chairman until the state legislative assembly was dissolved on Jan 22.

An accounting degree holder from the University of Hertfordshire in the United Kingdom, he was also Defence Minister Datuk Seri Hishammuddin Tun Hussein’s political secretary from 2013 until 2018.

Onn Hafiz’s appointment came as a surprise as throughout the recent election campaign, only Hasni’s name was mentioned by BN as the Johor Menteri Besar candidate.

Yesterday,  Hasni, who is also Johor BN chairman, suggested that the BN leadership choose a younger leader to lead Johor, saying that the support and position of youths were important in the development of Johor.

Hasni is the third Menteri Besar to be appointed since the 14th general election in 2018 after the late Datuk Osman Sapian and Datuk Dr Sahruddin Jamal.

In Saturday’s elections, BN won with more than a two-thirds majority, taking 40 out of the 56 seats contested.

Newsmen, after obtaining information of a possible swearing-in ceremony, began gathering at the palace grounds at noon.