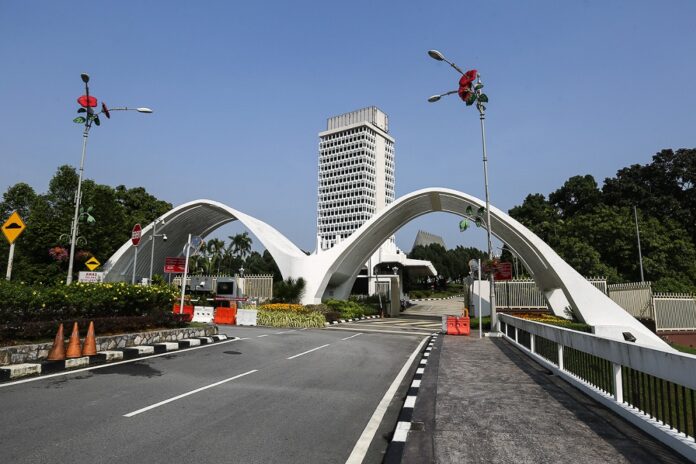 KUALA LUMPUR, March 16 — Issues on postal voting for residents staying far away from registered polling centres, especially in Sabah, Sarawak and Labuan, in the 15th General Election (GE15), as well as plans by the government to develop local electric vehicle (EV) industry will be among the highlights at the Dewan Rakyat sitting today.

According to the Order Paper published on the Parliament website, the question on postal voting will be raised by Datuk Rozman Isli (Warisan-Labuan) during the question and answer session to the Prime Minister.

He wants to whether the Election Commission (EC) is considering allowing postal voting in its drafting of a more effective standard  operating procedures for GE15.

Meanwhile, Abdul Latiff Abdul Rahman (PAS-Kuala Krai) will pose a question to Senior Minister of International Trade and Industry on the ministry’s plans to develop local EVs as the industry is growing and accepted in the world market.

There will also be a question from Datuk Seri Hasan Arifin (BN-Rompin) to the Prime Minister on the need to set up the proposed National Disaster Management Council (NADMA) 2.0 as it  will involve additional expenditure, instead of improving the efficiency and effectiveness of the existing NADMA.

Apart from that, there will also be a question by Ahmad Fahmi Mohamed Fadzil (PH-Lembah Pantai) to the Foreign Minister on the government’s stance to provide aid and establish relations with the Taliban-administered Afghan government.

Another question is by Datuk Mahfuz Omar (PH-Pokok Sena) to the Prime Minister on the government’s plan to achieve the target of making Malaysia a high-income country by 2025 with household income reaching RM10,000 per month as contained in the 12th Malaysia Plan (RMK12).

After the question and answer session, the house will continue with the winding up of the motion of thanks on the royal address involving four more ministries, beginning with the Health Ministry.

The Dewan Rakyat sitting is until March 24.

All GLCs, GLICs need to appoint MTUC representatives as Board Members...