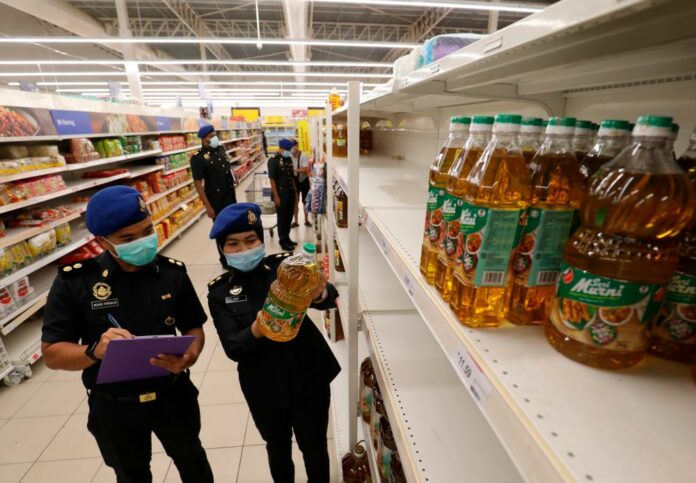 KUALA LUMPUR, March 15 — The Ministry of Domestic Trade and Consumer Affairs (KPDNHEP) is looking into alternatives, including setting two prices for cooking oil, one for domestic and another tag for export.

Its minister, Datuk Seri Alexander Nanta Linggi said the move was to ensure that the distribution of cooking oil subsidies reached the target group.

“We are negotiating to find alternatives to the existing system, including looking at (fixing) two prices (for cooking oil)… one price for domestic use and the other for export which may follow market prices.

“This is a proposal for us to address the problem of spending too much on subsidies (cooking oil),” he said when winding up the debate on the motion of thanks for the Royal Address for KPDNHEP at the Dewan Rakyat today.

He said this when replying to a question by Isnaraissah Munirah Majilis’s (MP Warisan-Kota Belud) regarding the cooking oil subsidy.

Earlier, Nanta said the government had added a cooking oil subsidy of RM1.9 billion to the existing allocation to ensure there is no disruption to supply.

He said that, at the same time, a study on optimising subsidies under KPDNHEP had also been conducted to ensure that subsidies under its supervision reached the target group.

According to him, until Feb 28, a total of 6,500 premises were inspected, 25 investigation papers were opened and action taken on 20 companies, including suspending cooking oil scheme quotas and suspending transaction licence.

“The KPDNHEP, through its Enforcement Division, has implemented measures such as inspection of premises, audit of distribution chain, intelligence on manufacturers and wholesalers, setting purchase limits of three packages, as well as strategic cooperation with other enforcement agencies,” he said.