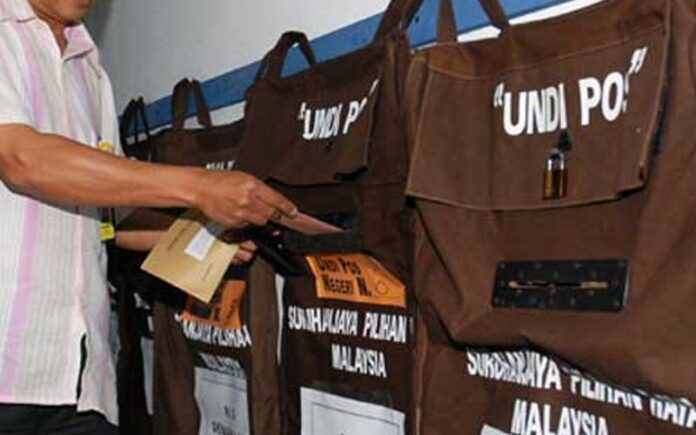 KUALA LUMPUR,  March 16 — The Election Commission (EC)  has no plans yet to extend the postal voting category to Sabah and Sarawak voters who are residing in the peninsula in the 15th General Election (GE15), the Dewan Rakyat was told today.

Deputy Minister in the Prime Minister’s Department (Parliament and Law) Datuk Mas Ermieyati Samsudin said instead, the EC recommended voters to apply for change of voting constituency based on their latest place of residence.

“Article 119 of the Federal Constitution stipulates that one of the qualifications to be registered as a voter is to be a resident in any constituency.

“For that purpose, the EC determines a voter’s constituency based on the voter’s address as stated in the identity card,“ she said during the question and answer session.

She was  responding to a question from Datuk Rozman Isli (Warisan-Labuan) who wanted to know whether the EC was considering allowing postal voting for those living far from registered polling stations, especially for the people of Sabah, Sarawak and Labuan, in its drafting of a more effective COVID-19 standard operating procedure (SOP) for GE15.

Mas Ermieyati said only voters in certain categories were allowed to vote by mail, like the EC staff; election officials; military, police , members  of the General Operations Force on duty during early voting, media practitioners who are covering elections outside their constituency on polling day and Malaysians abroad.

To a supplementary question from Datuk Rubiah Wan (GPS-Kota Samarahan) on whether the government planned to change the postal voting method to early voting for Sabah and Sarawak residents living in the Peninsula, Mas Ermieyati said there was no need for that.

“This matter is not only for Sabah and Sarawak voters, but also voters in the peninsula staying outside their voting constituency, for example Kelantan voters who live in Johor,” she said.

Johor DUN sitting to be held as scheduled on Aug 12