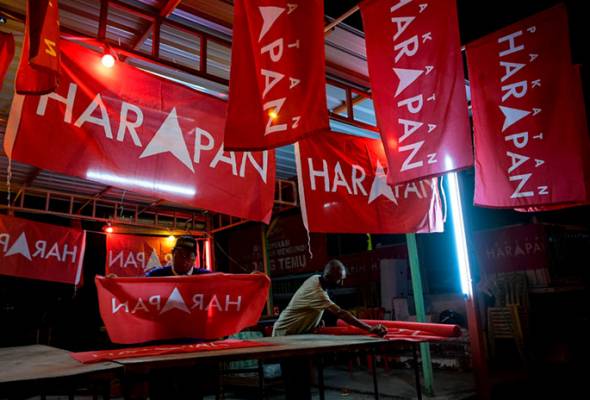 KUALA LUMPUR, March 16 — In the wake of its poor showing in the Johor state election, Pakatan Harapan (PH) has resolved to take certain actions to overcome its weaknesses, including by holding a convention to strengthen its struggle.

The PH presidential council, in a statement today, said the outcome of the Johor polls on Saturday showed that it needed to take immediate action, especially to revise its strategy for the 15th general election (GE15).

It admitted that among the issues identified were electoral clashes involving opposition parties, the use of party logos, low voter turnout and unsatisfactory communication by PH on current issues which saw the coalition winning only 12 of the 56 seats contested.

“These weaknesses cannot be overcome by just one party or any single effort but must be managed jointly and in a comprehensive manner,” the statement said.

It said PH would strive to build cooperation among opposition parties so that they could work together to defeat Barisan Nasional (BN).

“Opposition parties should not just contest in PH areas as it will reduce votes for the coalition and indirectly increase the chances of victory for BN,” it added.

PH said it would set out sustainable economic policies which can resolve the people’s problems, such as unemployment, the cost of living issue and COVID-19 pandemic management.

It also wants the Anti-Party Hopping Bill to be tabled and approved in the current Parliament meeting, adding that the top leaders of PH would hold a meeting with the prime minister soon.