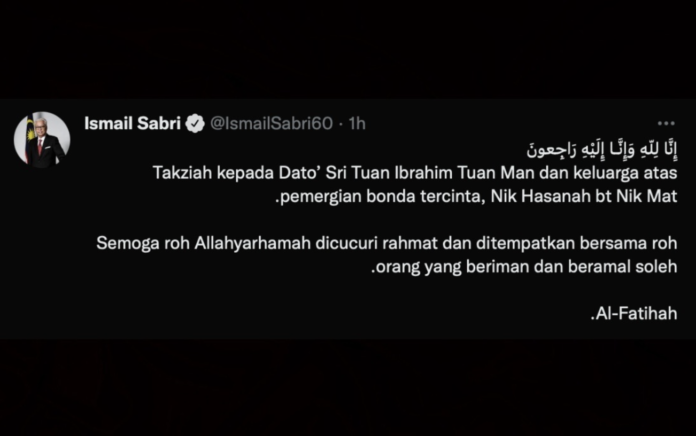 “May the soul of the departed be showered with blessings and placed among those the believers and pious. Al-Fatihah,” read the tweet.

Tuan Ibrahim had announced the news on his Facebook page earlier today.

It is understood that Nik Hasanah, 81, who is the younger sister of the late Datuk Nik Aziz Nik Mat, died at her house in Batu Balai village, Jerantut, Pahang, due to old age.

She will be buried at the Kampung Batu Balai cemetery tomorrow.

Man detained for attempting to bribe policemen with RM200,000