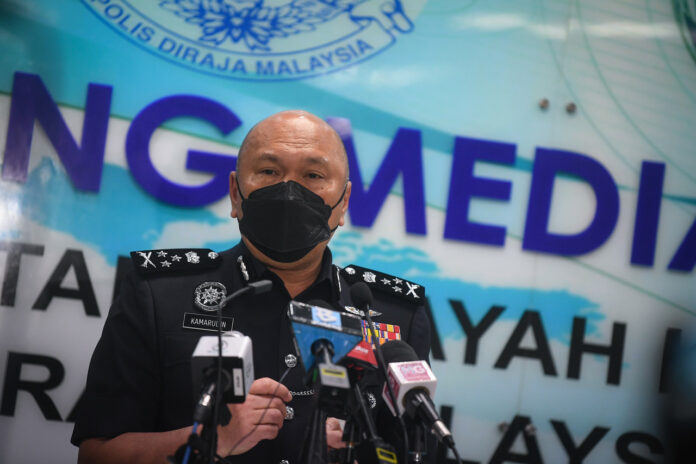 KUALA LUMPUR, March 16 — A team from the Royal Malaysia Police (PDRM) will travel to Singapore on March 29 and 30 to gather information or evidence in connection with the ongoing investigation into a case involving Datuk Dr Tawfiq Ayman linked to 1Malaysia Development Berhad (1MDB).

He said the investigation into the case involved evidence in Malaysia and Singapore, and CAD had previously cooperated by sharing information or documents on an intelligence basis with JSJK’s officers.

“The police investigation paper was referred to the Attorney General’s Chambers (AGC) in Putrajaya last October, and instructions were received from the AGC for PDRM to obtain evidence in Singapore that can be accepted by the courts in Malaysia.

“Following this directive, JSJK had communicated with CAD for the PDRM investigation team to go to the country to obtain more information to enable the police to submit applications under the Mutual Assistance in Criminal Matters Act 2002 through the AGC,” he said in a statement. today.

He said the authorities in Singapore had given consent for the PDRM investigation team to head to Singapore in December 2021 and February this year, but the trips could not be made due to several factors.

“Among the factors was the temporary suspension of the Vaccinated Travel Lane between Malaysia and Singapore from Dec 23, 2021, to Jan 20 this year, and an investigating officer had become a close contact who subsequently tested positive for COVID-19 in February.

“This prevented the investigating officer from providing feedback on the appropriate date for the team to head to the country,” he said.

Mohd Kamarudin said at the same time, no response had been received from witnesses who were Singaporeans on their willingness to be interviewed by the PDRM investigation team.

Apart from that, he said the investigation into Tawfiq – the husband of former Bank Negara governor Tan Sri Zeti Akhtar Aziz – regarding the receipt of funds linked to 1MDB in his bank account in Singapore, was also still underway.

According to him, the case is being investigated under Section 4 (1) (a) of the Anti-Money Laundering, Anti-Terrorism Financing and Proceeds of Unlawful Activities Act 2001.

“Any statement made previously on the police investigation into Tawfiq’s case and the PDRM investigation team’s visit to Singapore is not meant to hide any facts or to confuse any party.

“PDRM is committed to ensuring that the investigation into this case is resolved immediately, in a transparent and fair manner,” he said.