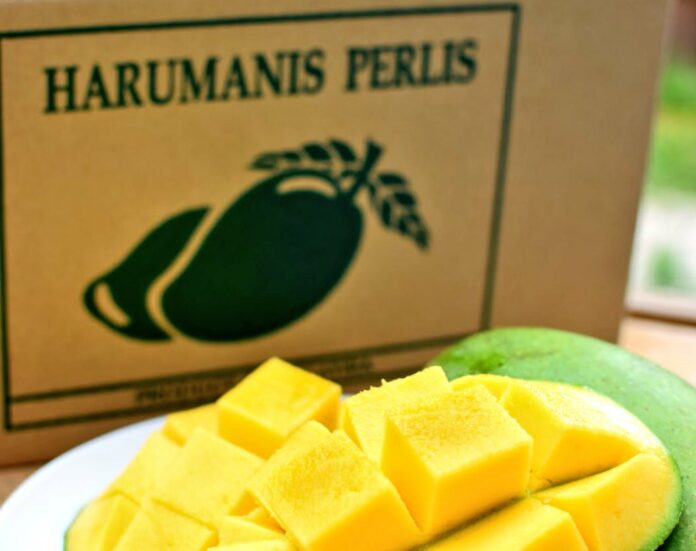 KANGAR, March 17 — The arrival of the Harumanis mango season in May is definitely awaited by many, especially the fruit orchard operators and growers who are now busy making preparations to welcome tourists and fruit enthusiasts.

With the recent announcement of the reopening of the country’s borders on April 1 and the transition to the endemic phase, fans of Harumanis mango will now have the opportunity to experience picking and enjoying the aroma and sweetness of the fresh fruit.

Harumanis Mentalon Agro Farm manager, Shahril Azmi Abu Bakar, 38, said although the fruit season would only arrive in two months, he had already received many inquiries and orders from customers.

“As the public’s movement was restricted for the past two years under the Movement Control Order (MCO), so it is not a surprise that many Harumanis fans started requesting to buy the fruit following the government’s recent announcement,” he told Bernama recently.

According to Shahril, Harumanis Mentalon Agro Farm is located in Kampung Belukar and covers an area of ​​around 8,345 hectares. It is also one of the state’s agro-tourism destinations and is always the focus of visitors or groups as they also offer certain packages to enjoy the fruit while visiting the farm.

He said with an entrance fee as low as RM10 per person, visitors can enjoy the fruit as much as they like on top of the beautiful view at the orchard.

“Before MCO, we received around 45 buses of visitors at the orchard in three months and I expect the number to increase again after the reopening of the borders as announced by the government.

“Most of our visitors are from other states such as Johor, Melaka, Selangor, Terengganu and Kelantan,” he said.

Meanwhile, the farm marketing manager, Ehsan Ibrahim, 44, said, since the implementation of PMCO two years ago, they also took the approach to switch to online marketing using social media and so on.

Ehsan said he was quite surprised when the response received through digital marketing was very good compared to the conventional methods used before.

“Before lockdown, we normally marketed our fruit through expos, farmers’ markets and deliver directly to customers,” he said.

Another Harumanis mango grower in Beseri, Norzaidi Hashim, 56, is optimistic that the number of visitors to his mango orchard will increase this year.

He said several plans were being lined up ahead of the arrival of the fruit season to attract more visitors to his orchard to enjoy the fruit.

“Insya-Allah, I really expect visitors to our orchard will return as usual after this. We will also continue the online marketing promotion to attract more visitors from inside and outside Perlis,” he said.