马中透视 MCI
Home Editor's Pick Decision to allow export of ketum should be made by cabinet –... 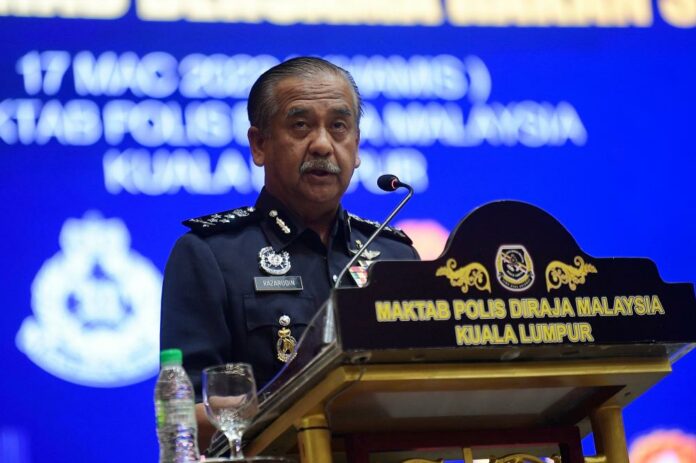 KUALA LUMPUR, March 17 — Any decision on allowing ketum leaves from this country to be exported to Thailand as suggested by Kedah Menteri Besar Datuk Seri Muhammad Sanusi Md Nor, should go through the Cabinet,

Deputy Inspector-General of Police, Datuk Razarudin Hussain said this was because the matter would involve amendment to the related Act.

“Ketum comes under the Poisons Act 1952, so maybe the Kedah MB (Menteri Besar) has his own views on this but if this idea is good, perhaps it should be brought to the federal government for approval.

“When approved, ketum leaves should be removed from this Act,” he told reporters after attending the signing of a memorandum of understanding between KOP Mantap and its strategic partner, Royal Malaysian Police College in Cheras, here, today.

He was asked to comment on Muhammad Sanusi’s suggestion to allow Kedah to export ketum legally to Thailand for medical purposes.

Today, Home Minister Datuk Seri Hamzah Zainudin stated that his ministry would not allow ketum leaves from Malaysia to be exported to Thailand as proposed by Muhammad Sanusi.

He said this was because allowing it would be in contravention of Malaysia’s Poisons Act 1952, which among others, prohibited the production, import, export, supply, selling or possession of ketum leaves or using it illegally.

On the special withdrawal of RM10,000 by contributors from their Employees Provident Fund savings to reduce the financial burden of families affected by the COVID-19 pandemic, Razarudin urged them to be wary of scammers.

“We have always been monitoring the scams and repeatedly advising the public through social media not to fall for these scams but still many have become victims. I just don’t understand how this could happen,,” he added.