马中透视 MCI
Home Editor's Pick PH needs only one logo if it wants to win GE15 –... 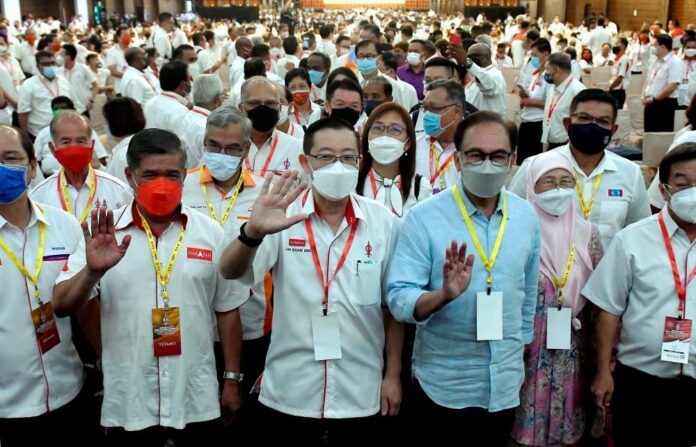 SHAH ALAM, March 20 — The component parties of Pakatan Harapan (PH) need to adopt one common logo in the coming general election to ensure its victory and return to become the government.

Lim Guan Eng in his last policy speech as DAP secretary-general said even though DAP sometimes wished to use its own logo in the election, the party is aware it could not form the government on its own.

“DAP will hold to the PH coalition logo to ensure we win together. No one party in PH can win the GE, only PH is capable of winning and forming the government.

“We should share the victory with the same logo,” he said at the 17th National Congress of DAP here today.

Touching on the 15th general election, Lim said DAP would not cooperate with Perikatan Nasional (PN) for betraying PH earlier, referring to the Sheraton Move’ which led to the end of the PH government under the leadership of Tun Dr Mahathir Mohamad .

“We were stabbed from the back once, it is their fault. If we allow them to stab us from the back for the second time, it is our own fault,” he said.

Meanwhile, Lim reiterated the stand that the memorandum of understanding (MoU) which was signed between the government and PH to cool politicking in the country would be annulled if the Anti-Party Hopping Bill is not passed.

PH chairman Datuk Seri Anwar Ibrahim was earlier reported as saying that PH would withdraw its support for the MoU on Political Transformation and Stability with the government if the bill is not passed in the current session of Parliament.

In this regard, Lim said he would continue giving full support to his successor who would be decided in the party election today as he could not be re-elected as secretary-general after holding the post for the maximum of three terms since 2004.

Lim could not be elected again after an amendment to the party constitution which allows one person to hold the post for a maximum of three terms.

High Court to hear bid to refer questions on emergency to...