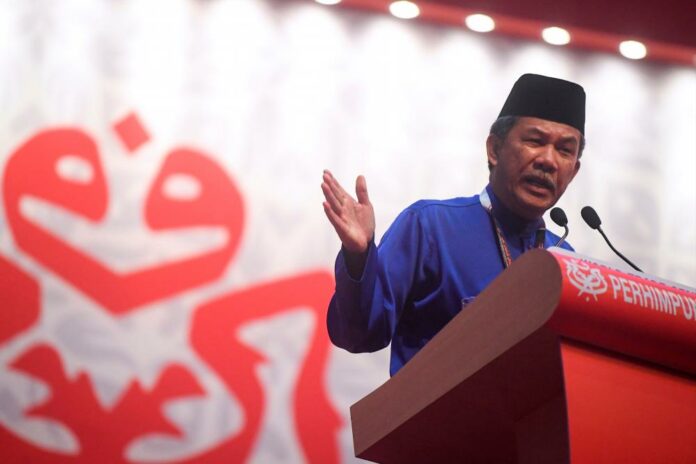 Mohamad, who is also the chairman of the party’s Management Committee, said with this, the issue which had been hotly debated within the party lately had been resolved, and urged UMNO secretary-general Datuk Seri Ahmad Maslan to immediately inform the Registrar of Societies (RoS) on the matter.

“The motion has been approved, the secretary has made a memo. According to the motion, the party election will be held within six months after the GE, we do not want a split in the party, (so) do not take it lightly, and defend the dignity of UMNO.

“I also ask the Prime Minister (Datuk Seri Ismail Sabri Yaakob) to please pay attention to this matter. If we write (about this motion) to the RoS, no one should obstruct our party’s decision,” he said in his closing speech at the assembly here today.

UMNO elections are scheduled to be held no later than this December after being postponed last year due to the COVID-19 pandemic.

Mohamad said if the party’s election was held before the national polls, there was fear it would create a split within the party.

“History has clearly shown that every time there is a party election, there will be a split. We cannot deny this. We do not want our party which is currently in a good situation to start having frictions and split up,” he said.

Mohamad said party unity was important for UMNO and Barisan Nasional to win the general election.

In this regard, he said everyone in the party should remain alert to the announcements made by the opposition parties who always come up with a strategy to face the general election.

“Yesterday, Tun Dr Mahathir Mohamad mentioned that they will try to join forces with other opposition parties, we should not wait long until they do so.

“Even though BN won in style in the Melaka and Johor state election, if we look at it, it’s (mainly) because they (the opposition) are divided,” he said, adding it was not impossible for all opposition parties to reunite as one big team in GE15.

China informs US to close its consulate general in Chengdu