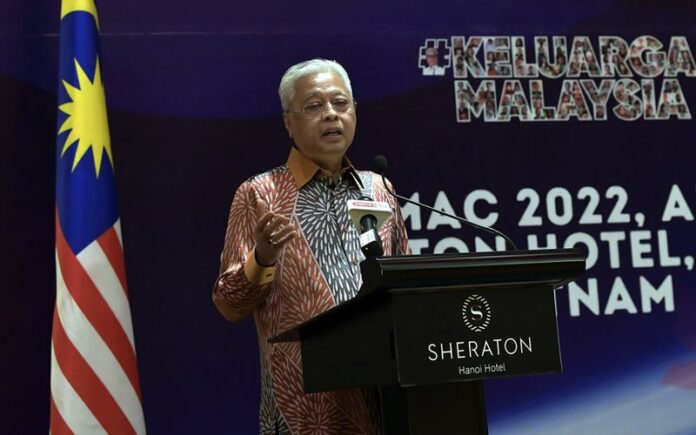 HANOI, March 20 — Prime Minister Datuk Seri Ismail Sabri Yaakob said today that there is political stability in the country at present and is confident that more foreign investments will flow into Malaysia.

He said that since taking over the government administration, the opposition and government could, for the first time in the country’s history, sit down together to discuss national issues.

He said that following the memorandum of understanding signed by the government and opposition, they (the opposition) were not too emotional despite having differing views, and continued to support the government in Parliament sittings.

“Alhamdulillah, our politics is stable. You can come back to Malaysia,” he joked when meeting members of Keluarga Malaysia (Malaysian Family) here in conjunction with his two-day official visit to Vietnam that began today.

Elaborating, Ismail Sabri cited the amendments to the Federal Constitution related to the Malaysia Agreement 1963 (MA63), which received the backing of two-thirds of the MPs.

“Unlike other Bills that require a simple majority, amendments to the Constitution require a two-third majority and the voting is done individually and not through a voice vote, so the political situation is stable,” he added.

Ismail Sabri arrived here at 1.45 pm local time and his maiden official visit is at the invitation of his Vietnamese counterpart, Pham Minh Chinh.

Report: PAS and Bersatu deny rift within Perikatan after GE15