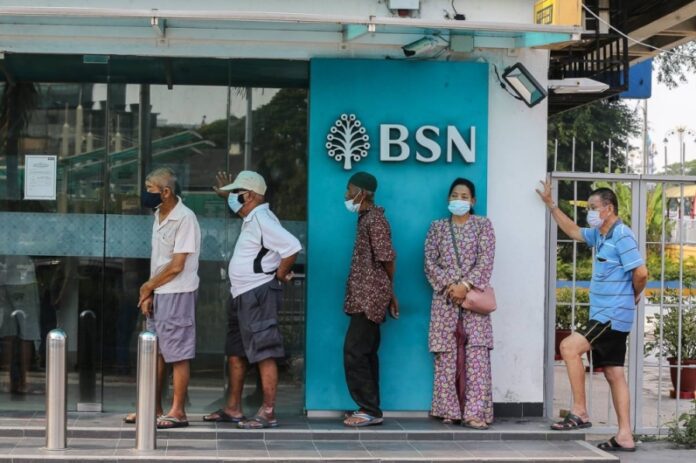 Prime Minister Datuk Seri Ismail Sabri Yaakob in a statement today said 8.6 million recipients would be receiving payment of between RM100 to RM300 based on the eligibility of each recipient encompassing four million households, 1.2 million senior citizens (single or without spouse) and 3.4 million single individuals.

“For household, senior citizen and single individual recipients, the date of payment will start from March 28 to April 8 and it would be credited directly into their bank accounts.

For recipients who have no bank accounts (including Sabah and Sarawak), payment will start from March 30 through Bank Simpanan Nasional (BSN) branches. BSN will issue the guiding standard operating procedures (SOP) from time to time,” he said.

BKM is a direct cash aid initiative announced in Budget 2022 to benefit the B40 group.

Ismail Sabri said the payment is also to lighten the financial burden of the people especially those celebrating the month of Ramadan.

“Checks on BKM approval status can be carried from March 28 2022 via https://bkm.hasil.gov.my,” he said.

To ensure the BKM programme reached the targeted eligible groups, the Prime Minister said the period for appeal would be opened for one month from May 2.

He said the process for the reconsideration of applications which were not approved by giving space for them to submit their appeals with relevant documents to be reviewed by the Inland Revenue Board (IRB).

“The government is always sensitive to the current needs of the people and would continue to be committed to ensure the well-being of the Malaysian Family especially the target groups,” he said.

Ismail Sabri arrives in Kedah to check on flood-hit areas