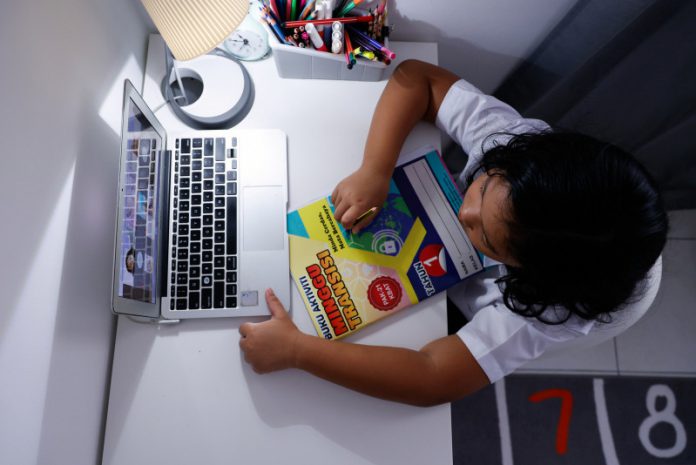 SHAH ALAM,  March 22 — The problem of poor Internet coverage in the interior areas in Selangor, which hampers implementation of the home-based learning and teaching (PdPR), will be resolved with the upgrading of communication towers and installation of wireless broadband access under the National Digital Network Plan (JENDELA).

“The implementation of JENDELA in Selangor has reached almost 100 percent. In fact, the broadband service in the rural areas in the state has been enhanced with the addition of 17 new towers, including seven in the Orang Asli villages.

“For the upgrading work at Kampung Orang Asli Sungai Judah, Pulau Carey near here, the coverage and broadband speed in the village has increased from 10 megabits per second (Mbps) to 78 Mbps.

“With improvements like this, we can bridge the digital divide between the rural and urban residents, as well as resolve problems affecting students,” he told Bernama.

JENDELA is a comprehensive digital infrastructure plan aimed at addressing the arising needs and demand for quality fixed and mobile Internet services to consumers.

According to Rizal,  there are almost 7,000 communication tower structures in Selangor, with 13 of them  still under construction and 17 towers to be built in the rural areas, including the Orang Asli villages.

“We are not only building towers, but  have also installed wireless broadband access in five Orang Asli villages,” he added.

Universiti Malaysia Kelantan student  Rokna Zaidi, 23, who is studying for a Bachelor’s Degree in Heritage Studies, said the implementation of JENDELA in her village on Pulau Carey had made it easier for her to follow her online classes.

“Before, it was a bit difficult as I had to go to town to get better network coverage. Now, I can follow classes at home smoothly without any interruption. It also makes easier for me to submit my assignments,” she added.

“I want to thank the government for providing this facility for the community here, especially students like me,” she said.

“The provision of these facilities has made made easier for is to carry out our daily activities, including for students with their PdPR lessons and villagers to market their handicraft products online,” he added.

Raman said he had received many complaints from villagers on problems facing their children to follow their PdPR lessons due to poor network coverage.

“When there was no wifi (wireless broadband access), the children had to go to Pekan Banting, which is about 10 kilometres away,  to submit their online assignments.

“Now, with the installation of the wifi facilities, it is easier for students to do their assignments and other school work. Apart from that, many of the villagers have also started doing business online to market their handicraft products.

“The villagers are also buying online,” he added.

Meanwhile, student  Muhd Syahmy Izam Zamzuri, 16, who is a subscriber of Pakej Remaja Keluarga Malaysia, said with as low as RM30, he could do unlimited basic internet activities, such as surfing the internet and downloading videos.

“The COVID-19 pandemic that hit the country has also affected school learning sessions and we have to learn online through PdPR, which requires the use of a device with internet access.

““Therefore, it is a necessity to have a device with internet access that does not burden parents. So, after the announcement by the Minister of Communications and Multimedia Tan Sri Annuar Musa on the package, my parents suggested that subscribe to this package as it is very much in line with my needs,” he said.

Pakej Remaja Keluarga Malaysia, a programme initiated by the Malaysian government to assist Malaysian students/youths to have Internet connection for online lessons without any data constraints and to increase their productivity at home.

N.Sembilan State Assembly to convene in first week of August –...

Sarawak to allow dine-ins from Friday