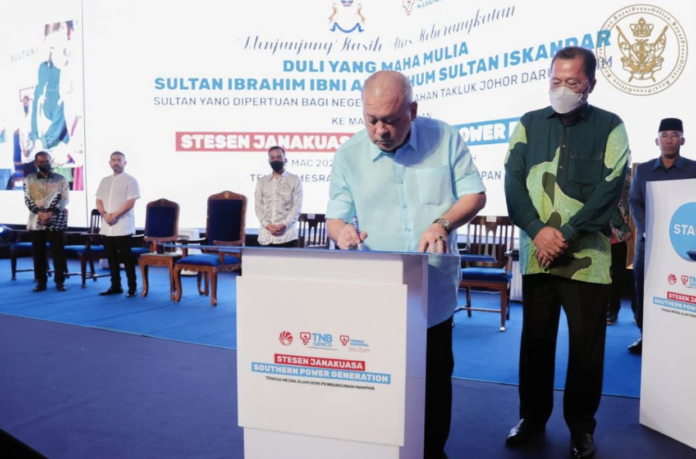 The RM4.7 billion Sultan Ibrahim Power Plant is capable of producing 60 per cent of electricity and, moreover, the gas turbine technology’s efficiency contributes to the reduction of carbon footprint.

According to a post on Sultan Ibrahim’s official Facebook page today, the fully completed plant kicked off its commercial operation on Jan 1, 2021.

The plant — built through a joint venture between Tenaga Nasional Bhd (TNB) and SIPP Energy Sdn Bhd — is expected to be a landmark for electricity generation industry development in Johor and the peninsula’s southern region.

“The operation of this power plant will indirectly spur and promote investment efforts from within and outside the country.

“It will provide electricity energy supply infrastructure that is sufficient, forward-looking and stable, and is able to attract capital from investors for business operations in Johor,” according to the post.

In a separate statement, TNB said Sultan Ibrahim spent about an hour visiting the plant, which is the world’s first commercial power plant to use the latest and most technologically efficient 9HA.02 gas turbines developed by GE.

“The Sultan Ibrahim Power Plant supplies 1,440 megawatts (MW) of electricity to the national grid through two combined cycle gas turbines, each with a capacity of 720 MW since early 2021.

TNB said this notable landmark in the development of the electricity generation industry in Johor and the southern region strengthens further the generation capacity in Peninsular Malaysia to 26,744.8 MW.

The utility company said the plant’s combined cycle method of energy generation is an eco-friendly alternative technology (cleantech) in line with TNB’s aspiration of emphasising sustainability and harmony of nature.

Only 6 new cases today with 70 recoveries