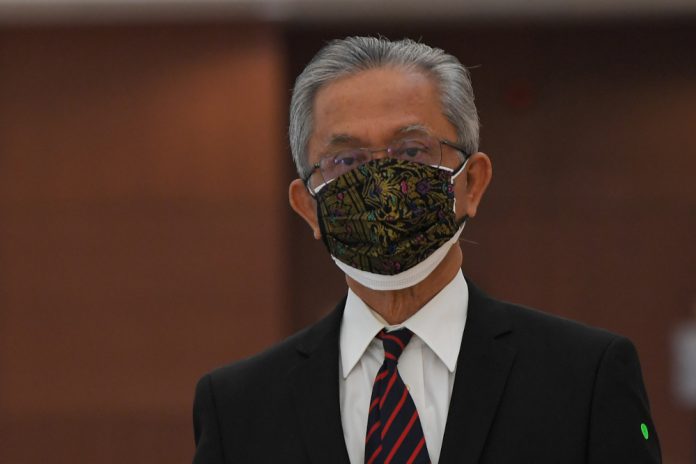 PUTRAJAYA, March 22 — Deputy Foreign Minister Datuk Kamarudin Jaffar will lead Malaysia’s delegation to the 48th Session of the Council of Foreign Ministers (CFM) of the Organisation of Islamic Cooperation (OIC) on March 22-23 in Islamabad, Pakistan.

According to the Foreign Ministry in a statement today, Kamarudin is expected to deliver a national statement at the meeting, which will highlight, among others, Malaysia’s firm resolve on the plight of Palestinians, the expression of humanitarian solidarity to the Afghanistan people, and the OIC reform.

He is also scheduled to hold meetings with his counterparts to discuss issues of mutual interest during the 48th CFM – the first scheduled ministerial meeting of the year 2022 for the OIC Member States, added the statement.

Alongside other Heads of Delegation to the 48th CFM, the deputy minister will also represent Malaysia as the Guest of Honour at the Pakistan Day Parade to commemorate the 75th Anniversary of the National Day of Pakistan on March 23.

Pakistan helms the Chairmanship of the 48th CFM with the theme “Partnering for Unity, Justice, and Development”.

The meeting will be chaired by its Foreign Minister Makhdoom Shah Mahmood Qureshi.

Besides foreign ministers from OIC member states and OIC’s secretary general, the meeting will also be participated by invited special envoys from non-OIC countries, namely France, Germany, Canada and the United Kingdom.

It will deliberate on various issues affecting the Ummah from political, economic, and socio-cultural spheres.

In addition, a Ministerial Brainstorming Session on the ‘’Role of the Islamic World in Fostering Peace, Justice and Harmony’’ will be held during the meeting, the statement read.

Kamarudin will be accompanied to the meeting by officials from the Foreign Ministry, it said in the statement.