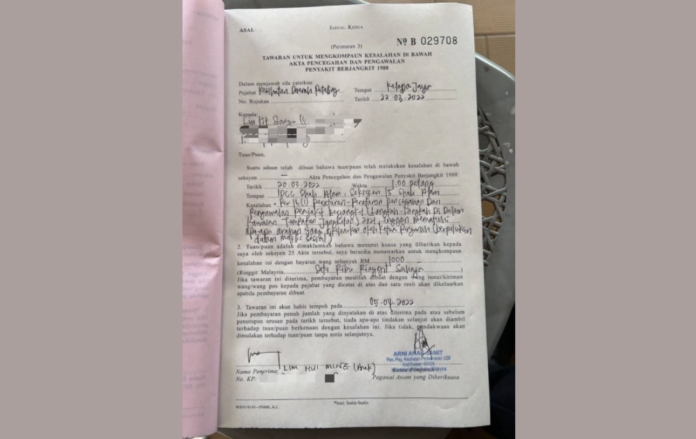 Its minister, Khairy Jamaluddin in a tweet said the compound was sent out on March 20 and he also attached a hardcopy of the summons to LIm as evidence.

He shared the posting as a response to Pekan MP Datuk Seri Najib Tun Razak who questioned why Lim, was not fined for hugging party members at the 17th National Congress of DAP held on Sunday.

“The compound had been sent to @limkitsiang. MOH hopes @NajibRazak will pay up one compound issued during the Johor state election which has not been settled.

“MOH also hopes @NajibRazak have received four other compounds sent by registered post which his officer refused to accept earlier,” he said.

Before this, Khairy was reported as saying MOH had issued five compounds to the former prime minister for violating SOP during the Johor state election.

31 compound summonses issued in a week to SOP violators in...