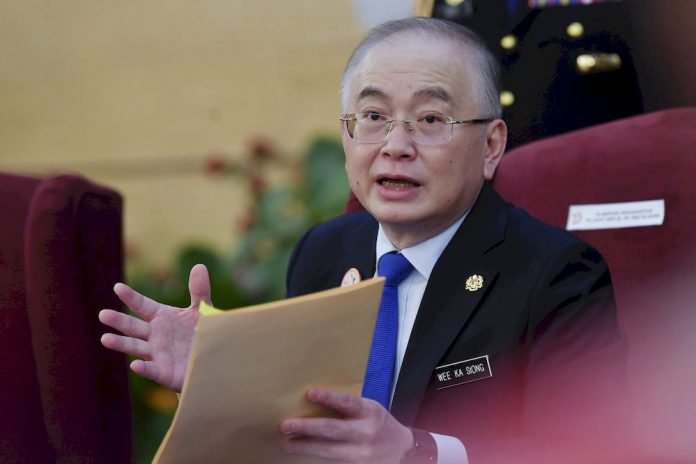 Transport Minister Datuk Seri Dr Wee Ka Siong Wee in a statement today said he was currently in Montevideo, Uruguay to lead the Malaysian delegation to the 24th LACAC Assembly which will begin this Wednesday.

Apart from delivering a speech at the LACAC assembly, Wee said he and Ministry of Transport (MOT) officials would attend several bilateral meetings and discussions on issues related to international aviation as well as Malaysia’s role in the sector.

“Malaysia as an aviation hub in the region is an influential player in the industry globally and will continue to forge stronger bilateral ties with LACAC member countries,” he said.

LACAC was established in 1973 with a membership of 27 countries including Argentina, Brazil, Costa Rica, Cuba, Guatemala, Panama, Jamaica, Mexico and Venezuela.

According to Wee, he and the Malaysian delegation will also meet with counterparts from Latin American countries to gain their support for the ICAO seat, as well as hold bilateral talks with ICAO president Salvatore Sciacchitano and LACAC president Armando Daniel.

Malaysia intends to retain its seat on the ICAO Council for the sixth consecutive term. Malaysia has been an ICAO Council member under category III since 2007.

The voting session for the ICAO Council Member seat nomination will be held at the 41st ICAO General Assembly which will take place from Sept 27 to Oct 14, 2022 at the ICAO Headquarters in Montreal, Canada.

“We will reaffirm Malaysia’s commitment to continue to support ICAO’s initiatives towards safer and more efficient aviation services around the world,” Wee said.