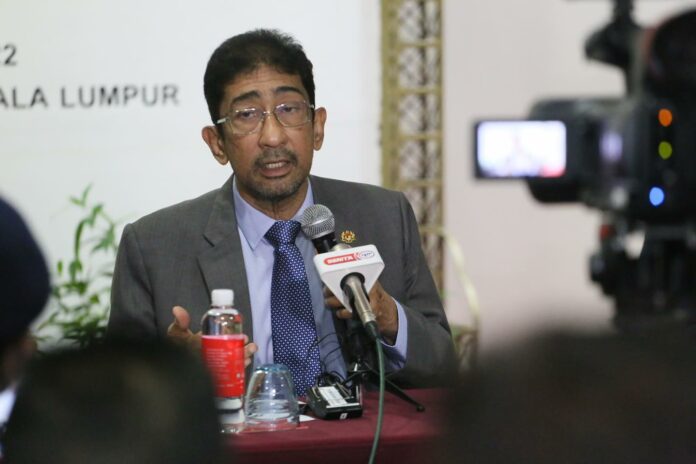 “We also want to discuss with the Ministry of Human Resources (KSM) and the Ministry of Finance (MOF) where we can channel advertisement payments to Finas so that it (Finas) can pay the EPF contribution for actors registered with the agency,” he said.

He said this to reporters after presenting contributions to industry practitioners from various artistic backgrounds, in conjunction with the National Artiste Day 2022 celebration at the Merdeka Studio Complex, today.

Zahidi said that National Artiste Day 2022 was celebrated to commemorate the contributions of artists who have made a mark in the country’s arts industry.

“We hope that not only great producers (and) actors can be unearthed, but also quality film companies,” he said.

It was previously reported that Communications and Multimedia Minister, Tan Sri Annuar Musa, had said that the National Artiste Day Celebration would be held on March 22, in conjunction with the date of birth of the late Tan Sri P. Ramlee, to commemorate the services and contributions of the country’s great artists.

Meanwhile, Finas chief executive officer, Prof Dr Md Nasir Ibrahim, said that the agency had made it mandatory for all production crews to make EPF contributions for artists, actors and behind-the-scenes workers.

“This is the first step under an agreement between Finas and the recipients of the funds (production crew). The money can be used in old age if they are no longer active in acting,” he said.

Md Nasir also said that Finas would discuss with KSM and MOF to enable art practitioners, especially freelancers, to also make EPF contributions via their employers.