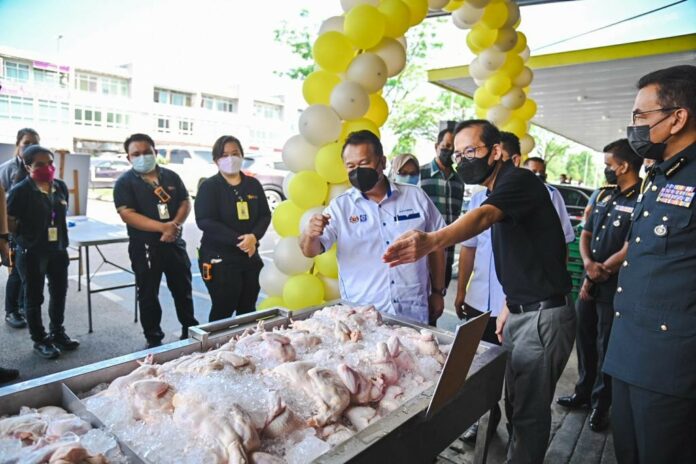 He said his ministry have periodically issued instructions to all petrol companies and petrol station operators near the Singapore border to ensure that the RON95 petrol sales ban is enforced.

“The ministry has also ordered all state ministry offices bordering Singapore and Thailand to intensify monitoring and inspections as well as to take stern action against any party that violates the Control of Supplies Act 1961 (Act 122) and (Control of Supplies Regulations 1974),” he said in a statement here today.

The Act stipulates the following penalties, including fines not exceeding RM1 million or a jail sentence of not more than three years, or both, for individuals, and fines no more than RM2 million for entities or companies that violate the Act.

Nanta said the ministry views the matter seriously after the issue went viral with allegations that vehicles bearing Singapore registration plates were seen being filled up with yellow nozzle pumps, which usually are reserved for RON95 petrol.

He also said that the ministry’s enforcement division has been instructed to conduct an immediate investigation and be more aggressive in its monitoring efforts at all petrol stations, especially those near border states to avoid leakages of subsidised petrol to foreign vehicles.

Nanta said more aggressive enforcement activities will also be conducted with the launch of Ops Pantau 2022 today to ensure that supplies of products are adequate and sold at affordable prices, as well as to ensure a high level of compliance among businesses following the complete reopening of the economic sector and the country’s borders that began on April 1.

Detailed mechanism, implementation of minimum wage to be announced soon

PN not joining govt, wants to be ‘opposition of integrity’ –...