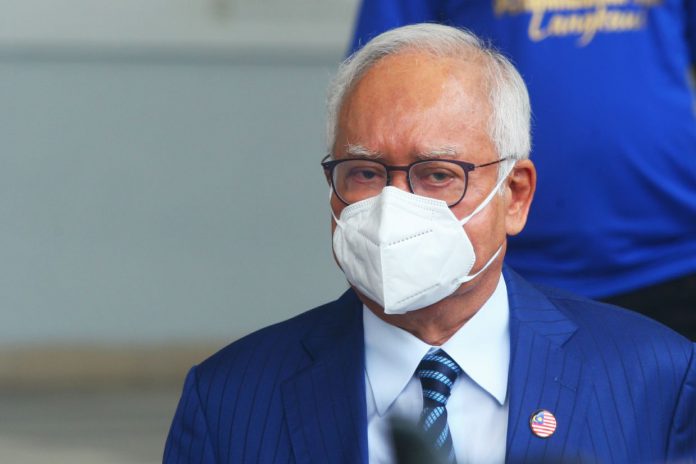 PUTRAJAYA, April 8 (Bernama) — Datuk Seri Najib Razak’s application to admit a Queen’s Counsel (QC) from the United Kingdom to represent him in his final appeal in the RM42 million SRC International Sdn Bhd case should be filed at the High Court in Kuala Lumpur by the end of May.

Deputy public prosecutor Mohd Ashrof Adrin Kamarul, who confirmed the matter, said that if the application is not successful, then the former prime minister can appeal to the Federal Court.

“The defence is also seeking extension of time for filing of a petition of the main appeal by another two weeks. However, the court instructed them (defence) to file a formal application by April 11,” he said.

He told this to the media after virtual proceedings which were conducted before Federal Court deputy registrars Wan Fatimah Zahara Wan Yussof and Siti Hajar Mustaffa today.

On Jan 25, 2022, law firm Messrs Shafee & Co had submitted a six-page letter to the secretariat of Chief Justice Tun Tengku Maimun Tuan Mat on Najib’s intention to appoint a QC to assist Najib in complex issues and legal questions in his SRC appeal at the apex court.

On Dec 8, 2021, the Court of Appeal upheld the conviction and 12-year jail term and RM210 million fine on Najib for misappropriating RM42 million in SRC funds.

After the ruling, Najib then filed a notice of appeal to the Federal Court.

Gatherings, non-compliance with SOP main cause of spike in COVID cases...