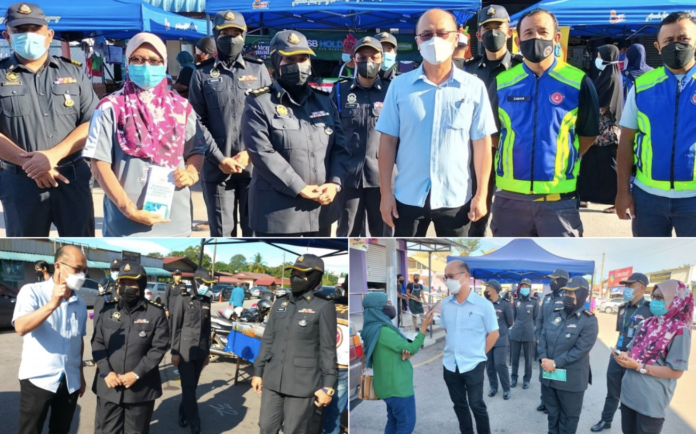 JASIN, April 12 — Manufacturers in the state are advised to immediately meet the need for accommodation in order to smoothen their applications to hire foreign workers.

State Unity, Information, Manpower and Consumer Affairs Committee chairman, Ngwe Hee Sem said there were still operators in the manufacturing sector and even in the plantation and construction sectors who still failed to meet the workers’ accommodation requirement.

“The operators need to do this in order to obtain certification from the Manpower Department.  Once the certification is given, only then they are qualified to apply for foreign workers to work in their manufacturing plants.

“They need to do this fast because since the reopening of the country’s borders, the list of applications to hire foreign workers has grown. They are now only waiting for the green light from the relevant ministry to allow foreign workers in,” he told Bernama after making a tour and inspection of the Bandar Baru Merlimau Bazaar, here, today.

On his visit and inspection, Ngwe said he was satisfied with the prices of items on sale and the level of cleanliness at this bazaar and other bazaars he had visited during the first 10 days of Ramadan.

“There are complaints but mostly on missing price tags. With regard to pricing, generally the traders are still selling their items at reasonable prices,” he said.

“And 183 compound notices were issued for various offences, especially against profiteering and missing price tags since January until yesterday with the goods seized worth RM102,256.30 while 170 complaints were received during the same period,” he said.

Amanjaya, Kedah to be placed under TEMCO