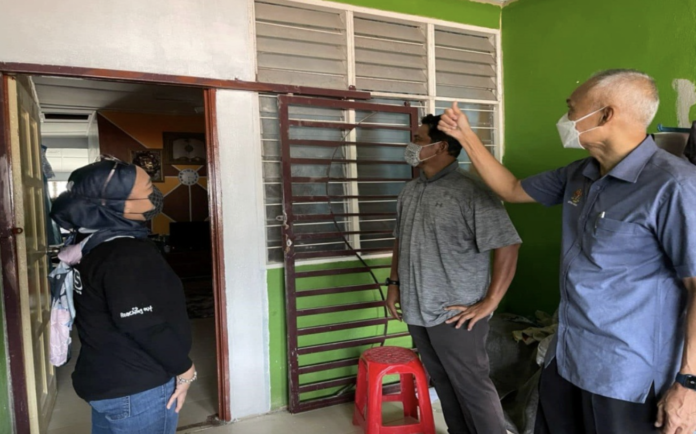 KUALA LUMPUR, April 20 — Yang di-Pertuan Agong Al-Sultan Abdullah Ri’ayatuddin Al-Mustafa Billah Shah today expressed hope that the assistance and donations extended to 166 asnaf families in Kuantan, Pahang would provide them with joy and comfort ahead of the Aidilfitri celebration.

According to a post on Istana Negara Facebook page, the assistance was provided by the Istana Negara Disaster Relief Team to the families affected by the floods early this year.

Through the initiative, the team collaborated with Yayasan Telekom Malaysia (Yayasan TM) to replace 245 sets of doors at the homes of 100 asnaf families at Perumahan Awam Kos Rendah Pandan and 66 asnaf families in Taman Inderapura, Kuantan.

“His Majesty is very concerned about the plight of flood victims and sympathised with them for the trials and hardship they had to endure,” read the statement.

Apart from that, His Majesty also expressed hope that the Istana Negara Disaster Relief Team would collaborate with non-governmental bodies to assist the government machinery in providing assistance to flood victims.

The Istana Negara Disaster Relief Team was established on the idea of Al-Sultan Abdullah, with the aim of providing assistance and donations to victims who lost their homes and suffered huge losses due to damage to their property in the floods.

Minimum wage set based on discussions with various parties – Saravanan