马中透视 MCI
Home Editor's Pick Depot escapees could give up anytime soon due to exhaustion, hunger –... 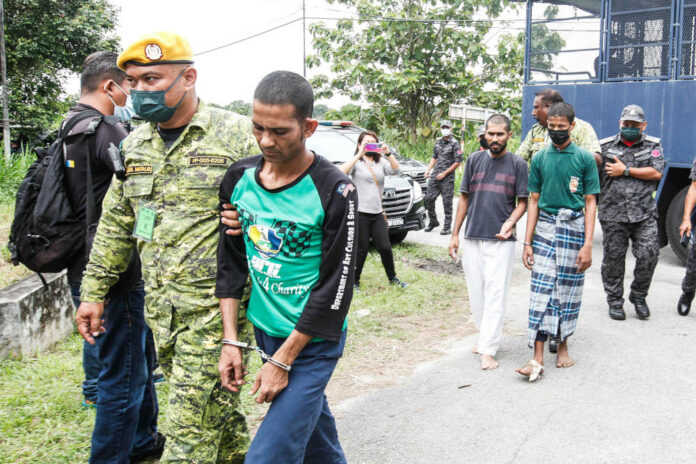 BANDAR BAHARU, April 21 — Police believe the Rohingya detainees who escaped from the Sungai Bakap Immigration depot early yesterday could give themselves up anytime soon due to exhaustion and hunger.

Kedah Criminal Investigation Department chief Datuk G Suresh Kumar said the detainees had fled the depot without any food supplies or spare clothes and this has put them at a disadvantage.

“They can’t last for long… what more during the fasting month now. There is a very big possibility they will give themselves up,” he told reporters after a visit to the Immigration depot here today.

He also said that while 528 Rohingya detainees had broken out that morning, another 100 of them decided not to follow suit and stayed put in the depot.

In the 4.30 am incident on Wednesday, 528 Rohingya detainees escaped from the depot following a riot.

Six of them died after being hit by vehicles on the North-South Expressway while 130 detainees, comprising 99 men, 21 women, five boys and five girls are still on the run.