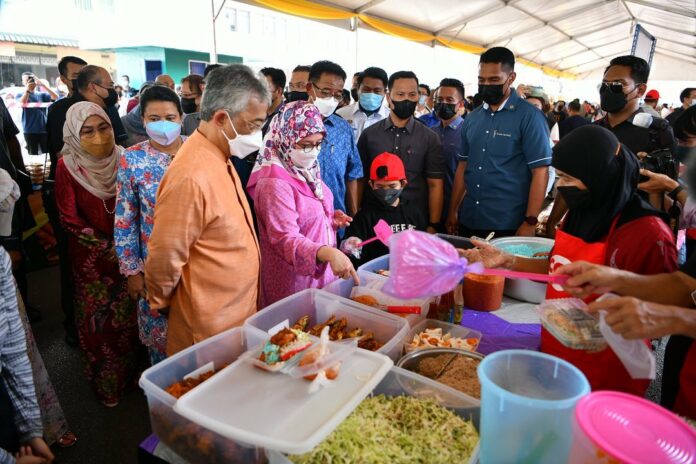 Among the dishes bought by the royal couple were the traditional kueh and drinks.

The presence of the King and Queen also brought smiles to the food traders and visitors at the bazaar.

Drink seller, Afiezul Samit, 25, said he wouldn’t have thought that Al-Sultan Abdullah would even stop at his stall and bought his shaved ice or Air Batu Campur (ABC).

“I was surprised and excited when Tuanku (Al-Sultan Abdullah) stopped by at my stall and asked for my ABC. His Majesty was quite intrigued by the colourful shaved ice that I am selling,” he said.

Al-Sultan Abdullah and Tunku Azizah are on a two-day visit to Sarawak and are scheduled to attend the breaking of fast event at Masjid Jamek Negeri here later.

No internal push for Bera MP’s sacking from party leadership –...