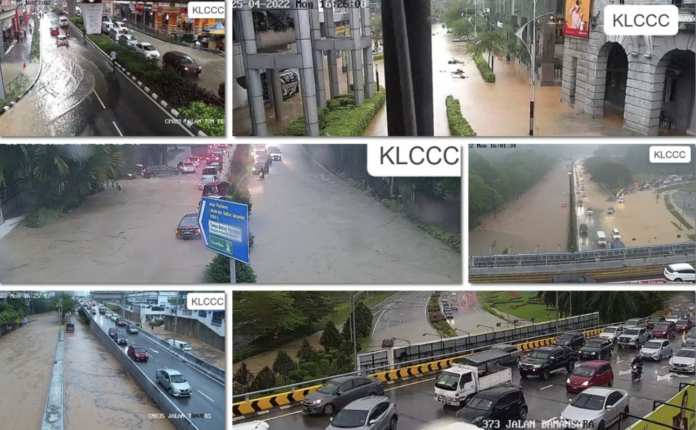 However, he said the drainage system including road drainage could not cope with the heavy rainfall measuring about 120 mm within two hours yesterday, due to the high river water levels.

He said the water levels of Sungai Gombak at Jalan Tun Razak Station and Sungai Batu in Sentul were reported to have exceeded the danger levels of 32.45m and 34.03m respectively.

“The continuous heavy rain on April 25, 2022, which began at 2.45 pm had caused flash floods on the main roads of Kuala Lumpur City Center.

He said the flash floods had caused traffic congestion and damaged several vehicles stuck on the main roads, and it was estimated that more than 50 houses in Jalan Kassipilay, Jalan Batu Bata, Segambut Bahagia and Segambut Dalam were flooded to a depth of up to 0.3m.

“People are also urged to be alert of the flood warning sirens. If heavy rain and high tide occur at the same time, residents must be prepared to move to a safe place and comply with the instructions of the authorities,” he said.