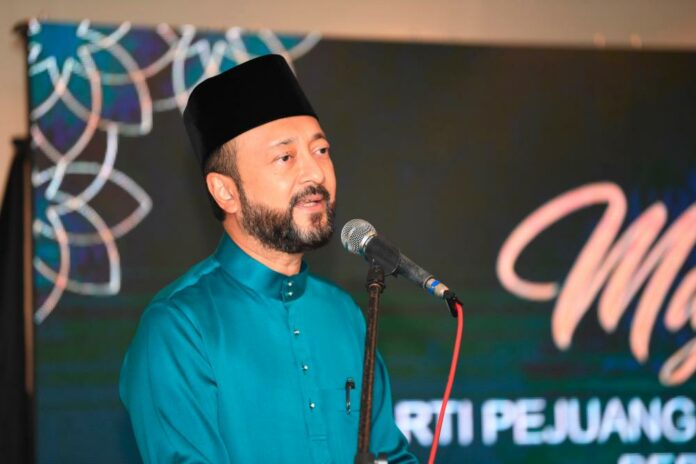 However, he said the party has not decided on the number of seats or constituencies it would be contesting in.

“InsyaAllah, we (Pejuang) will contest in the general election, including in Sabah, but no decision has been made on the number of seats, the constituencies to take on and so on,” he told reporters at an Iftar ceremony with Sabah Pejuang here today.

On Sabah Pejuang, Mukhriz said it would be officially launched in the state on May 22, and the party planned to expand its influence in all 25 Sabah parliamentary constituencies as part of the preparations for the upcoming general election.

Mukhriz said Pejuang hoped to have its branch in all the parliamentary constituencies adding that currently there are 16 branches, making Sabah the third state with the most membership, after Kedah and Selangor.

Meanwhile, he said the party was open to discussion with any political party to work together in facing GE15 not only in Sabah but also in Peninsular Malaysia.

He said all parties, despite their differences in political ideology, have a common aim which is to change the country’s political landscape as what happened in  GE14.

On Pakatan Harapan’s ‘big tent’ agenda, Mukhriz said Pejuang would like to  listen and understand what’s the actual offer first.

“What is the role of each party, including us, which is considered a small party with only four members of Parliament. So we want to give them  the opportunity to explain the real meaning of the ‘big tent’.

“In the PH era post GE14, the ‘big tent’ that was created at that time gave the opportunity to all parties no matter how many seats were won to be in the cabinet. That’s one approach. So we want to know if the same approach will be taken or will certain parties be dominating the big tent,” he said.