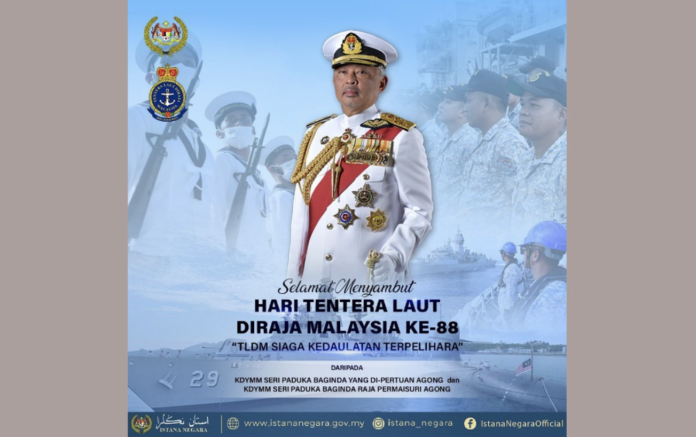 Istana Negara, in a statement posted on its Facebook account, said His Majesty also conveyed similar greetings to all RMN veterans and all those who have served the force.

“The service, devotion and sacrifice of RMN personnel in protecting the country’s sovereignty and security are highly appreciated.

“I hope that the RMN will continue to be a respected naval force on the international stage. Well done and congratulations,” he said.

Police looking for 80 more Rohingya detainees who escaped from depot