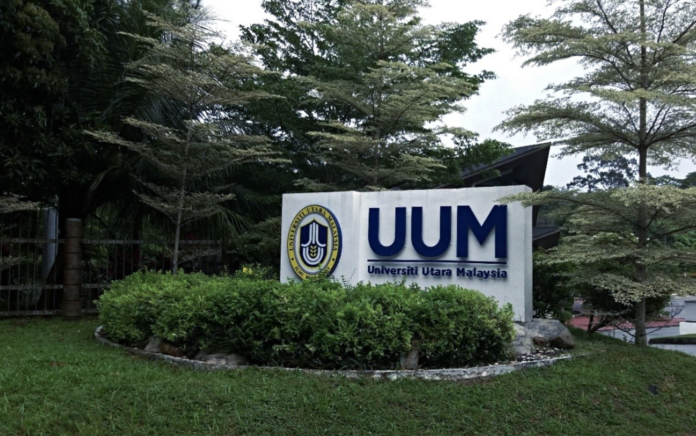 ALOR SETAR, May 7 — A group of researchers from Universiti Utara Malaysia (UUM) mobilised ideas and energy through the ‘Komitmen Kedah Mendidik Pelajar Sukses (KOMPaS) programme, to identify the causes of student dropouts, especially among students at risk of dropping out.

The multi-discipline programme is being conducted by 17 researchers from the School of Education; School of Multimedia Technology and Communication; and School of Computing, and is led by Professor Dr Rosna Awang Hashim.

According to Rosna, the programme, which received strong support from the Kedah government and Yayasan Sime Darby, is aimed at identifying the early symptoms of pupils dropping out, and making recommendations to stakeholders for strategic intervention, using Artificial Intelligence (AI), to address the issue.

“The programme, which commenced in June last year, will run for three years. The research team had already visited the schools involved in three districts in this state and interviewed the parties involved, who have a direct influence on a student’s attendance at school.

“They include the school’s administration, class teachers, counsellors, parents, the local community, friends and pupils, in efforts to understand and address the issue,” she said to Bernama recently.

She said the focus of the research was on secondary school students, particularly those in Forms Three and Four, who are at risk of leaving school prematurely.

Rosna, who is also the Academy of Professors Malaysia’s Education and Human Development Cluster chairperson, said in just a few months the programme managed to compile some preliminary findings, which were seen as contributing factors in students dropping out of school.

She said the causes included internal factors involving the students themselves, and external factors encompassing academic and emotional support from parents or family, teachers, the school and their peers.

“The student’s internal factors involve their own attitude, behaviour and interest in going to school, or whether he or she is overly interested in just having fun or playing with gadgets, or they are more interested in working part-time during the pandemic resulting in losing interest in education.

“External factors such as family background, especially from the B40 group where working parents are too focused on their work until they do not have time to monitor their children, causing them to be demotivated about going to school,” she said.

Apart from that, Rosna said they also discovered that some students would do part-time jobs during the pandemic, such as helping parents at night markets or working in the paddy fields, which eventually affected their schooling.

“They would grab every opportunity to earn money. However, unfortunately, the money earned is spent on other things like buying a smartphone or playing video games until morning. Gaming is the new 21st-century addiction,” she lamented.

Rosna said based on the initial findings, the concern of parents and guardians, teacher support and intervention from community representatives were seen as very important to help a student who is at risk of dropping out to continue schooling, or at least be able to continue studies in the areas of technical and vocational skills.