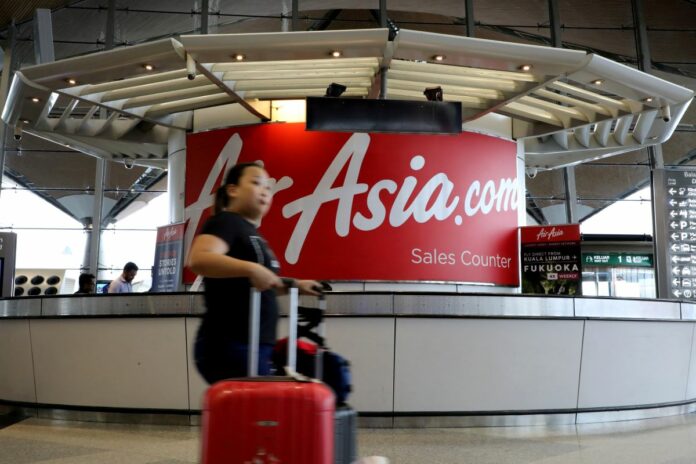 KUALA LUMPUR, May 10 — AirAsia says it has taken note and apologised to customers for the inconvenience caused due to the rescheduling of its flights following the sharp increase in demand during the festive season.

AirAsia Malaysia chief executive officer Riad Asmat said several factors and unavoidable incidents have resulted in delays that were beyond the airline’s expectations and control.

“We have tried our best to ensure minimum impact to all guests and ensure that everyone can arrive at their respective destinations soonest possible and this included the launch of special flights to carry stranded passengers,” he said in a statement today.

He also explained that among the factors which contributed to the rescheduling of flights during the festive season included demand for domestic flights had risen very sharply and the reopening of the country’s borders since April 1.

“AirAsia Malaysia is now operating with only 40 aircraft compared to almost 100 pre-pandemic.

“This is due to the long waiting queues for aircraft maintenance facilities in Malaysia and the region before an aircraft that had not been in operation for a while can be declared safe to fly again, as directed by the Civil Aviation Authority of Malaysia,” he explained.

Besides common damages and technical problems normally encountered during a routine inspection, Riad said there were also unforeseen incidents such as bird strikes, damage due to foreign objects and lightning strikes that resulted in between three to five aircraft having to be removed from the schedule during the period.

He also said that AirAsia’s priority now is to minimise the incidents of flight cancellations and ensure that all its passengers arrive at their destinations safely.

Any changes to the flight schedule will be notified to its passengers via email and SMS to the number registered during ticket bookings.

If they are in need of further information or assistance, customers can contact the AVA live chat via the AirAsia Super App or visit the airasia.com website or the AirAsia service counter at the nearest airport.

3,973 Covid-19 cases, Selangor has most infections