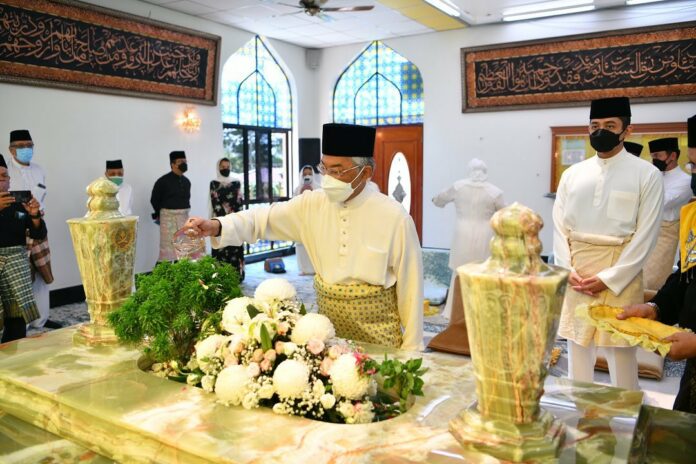 His Majesty arrived at 11.10 am and was accompanied by the Regent of Pahang Tengku Hassanal Ibrahim Alam Shah.

The ceremony started with the reading of the Yasin, followed by the tahlil led by  Abdul Rahman, before Al-Sultan Abdullah went to sprinkle water and toss flower petals on the grave of Sultan Ahmad Shah and several other members of the royal family.

His Majesty then took some time to meet and chat with the tahfiz students who attended the ceremony.