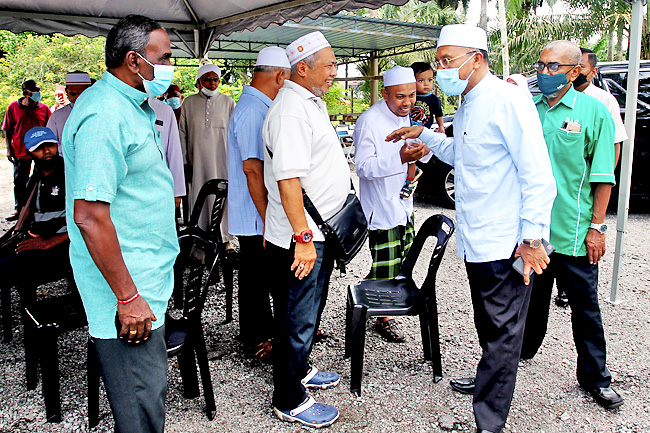 BUKIT GANTANG, May 16 — Malaysia has applied for an additional 5,000 haj quota from the Saudi Arabian government for this year’s haj season, said Minister in the Prime Minister’s Department (Religious Affairs), Datuk Idris Ahmad.

He said approval would depend on the capabilities provided by the Saudi Arabian government.

“We can only apply for the additional quota but it depends on the Saudi Arabian government,” he said when met by reporters after attending an Aidilfitri gathering organised by the Mustafa Samat Village Development and Security Committee (JPKK) in Kampung Pasir here today.

He said offer letters declined by prospective pilgrims who faced problems, including due to health reasons and age factors, would also be offered to other candidates.

Therefore, he advised prospective pilgrims to look after their health, since they must pass a medical examination to obtain a pilgrim visa, as stipulated by the Saudi Arabian government.

“We also hope all prospective pilgrims focus on their health because the pilgrimage requires a fit body, and the perfection of the recitation is not obligatory.

“To those who did not pass, we hope that next year, Insya-Allah, they will be given the opportunity that is also set by the Saudi Arabian government,” he said.

On April 21, Idris announced that the haj quota for Malaysian pilgrims was 14,306 or 45 per cent of the normal quota given by Saudi Arabia.

A total of 31,600 Malaysian pilgrims were allowed to perform the fifth pillar of Islam in 2019.

Be wary of notice advising seniors against voting in Johor polls...