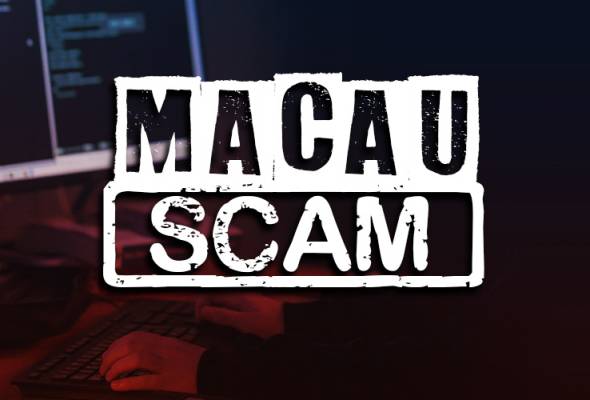 SEREMBAN, May 19 — An administrative assistant has lodged a police report, claiming to have lost RM38,480 to a Macau Scam syndicate.

Port Dickson district police chief Supt Aidi Sham Mohamed said the victim, who is a 46-year-old woman, claimed to have received a call from a courier company last May 15 over a parcel containing prohibited items with her name on it.

He said when the woman denied the parcel was her, the call was then transferred to a police officer by the name of Inspector Wong who told her that her name was linked to money laundering and drug trrafficking cases.

“The woman was then asked to provide her banking infiormation, including the username and password for her online banking.

“She also gave the Transaction Authorisation Code (TAC) when requested and supected she had been cheated after she checked her bank accounts and found RM38,480 in four of her bank accounts having been transferred to an unknown account,” he said in a statement today.

Foillowing the incident, Aidi Sham advised the public to not be easily misled by persons claiming to be from enforcement authorities or financial institutions and also to not divulge their personal banking information to others.