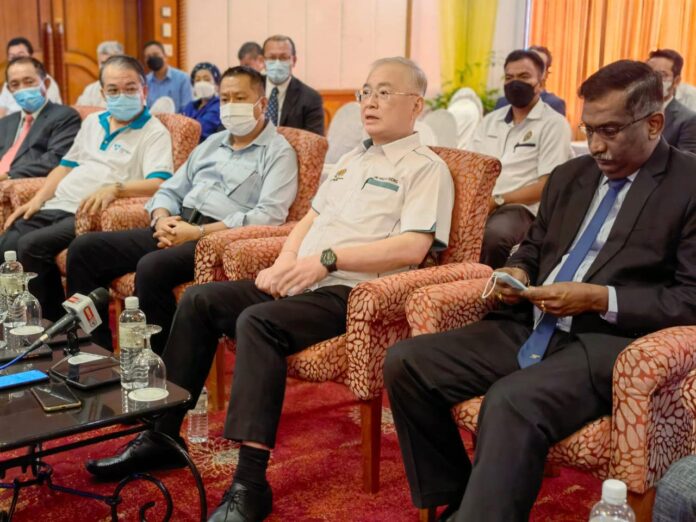 LABUAN, May 20 — MCA president Datuk Seri Wee Ka Siong today urged the party to work hard in preparation for the upcoming 15th General Election (GE15) as the party’s future lies in the hands of the people.

“Of course, I’m the MCA’s sole survivor (in the last election) and the only MCA minister in the cabinet, as far as the party is concerned, we have to work hard, we do not want to be overconfident, we must understand the people’s problems and address them…then only you will be able to get the support.

“To regain the confidence of the public, which is very important, MCA throughout the country will do its very best, and I think ultimately the people will judge whether we have done enough for them,” he said.

Wee told reporters this after witnessing the signing of heads of agreement between Victoria STS Sdn Bhd and Fendercare Marine Asia Pacific Pte Ltd on the ship-to-ship cargo transfer collaboration.

Wee who is also Minister of Transport said people should be allowed to judge the performance of the previous government and the present government.

“Importantly, we need stability and a strong government for the people, and for MCA, I must say there is a fifty-fifty chance (of winning) in the next general election. We have to work hard, there is still room for improvement … go back to the rakyat (people) and serve the rakyat,” he said.

Wee won the Air Hitam parliamentary seat in the 14th general election with 17,076 votes against DAP and PAS candidates who garnered 16,773 votes 4,975 votes respectively and the MCA’s sole elected representative in Parliament.

376 educational institutions in JB, three in Kuching told to close