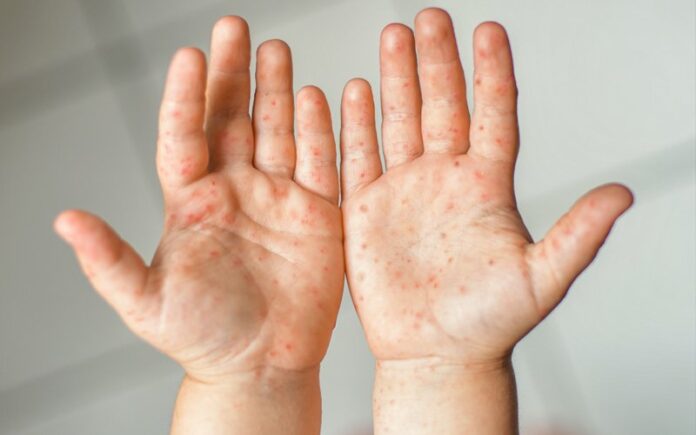 KUALA LUMPUR, May 24 — The number of foot, hand and mouth disease (HFMD) cases in the country had increased at a worrying rate of 20 fold with 47,209 cases reported as of May 21 this year compared to only 2,237 cases in the corresponding period last year.

Health director-general Tan Sri Dr Noor Hisham Abdullah said 15,548 cases were recorded nationwide in the 20th epidemiology week ending May 21, which is an increase of 106.6 per cent from only 7,526 cases recorded in the previous week.

“The majority of the disease outbreaks occurred in nurseries, kindergartens and pre-schools with 711 outbreaks or 61 per cent of the total cases, followed by private homes with 407 outbreaks or 35 per cent and also childcare centres with 42 outbreaks (three per cent),” he said in a statement today.

Meanwhile, Dr Noor Hisham said that state health departments and district health offices nationwide had conducted engagement sessions with the agencies that supervise the management of nurseries, kindergartens and pre-schools since the 17th epidemiological week following the increase in HFMD cases in most states.

Dr Noor Hisham also reminded the public, especially parents with small children, not to take their children to places where there is a risk of infection, such as public playgrounds.

The public is also advised to report HFMD cases occurring in their children’s nurseries, kindergartens and schools to the nearest district health office for control action.

Johor polls: Anwar disappointed with clash between PKR and MUDA in...