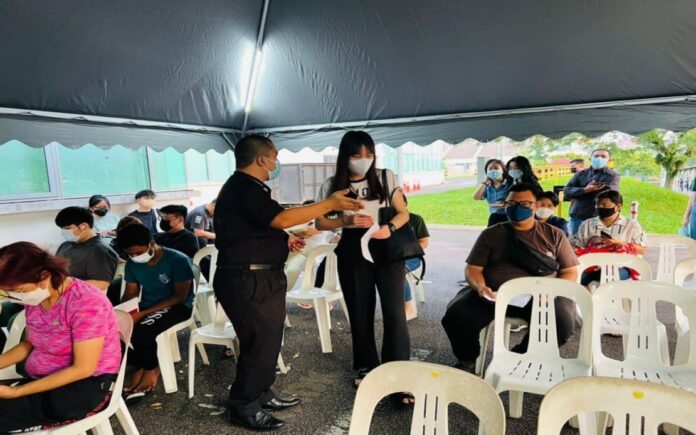 JOHOR BAHRU, May 24 — The Immigration Department has set up tents for those stuck in long queues at its Setia Tropika branch at the Home Ministry (KDN) complex here, Menteri Besar Datuk Onn Hafiz Ghazi said.

He said the numbering system there has also been improved to speed up services.

“Since early this morning, with some allocation from the state government, the department has set up tents complete with chairs for the public.

“An (estimated) average of 600 to 700 passport-related applications are handled at this branch every day,” he said in a Facebook post today.

He expressed his appreciation to the Johor Immigration Department for showing concern over complaints of long queues.

The menteri besar said the same facility will be provided at passport issuing offices in all districts in Johor, depending on need and location suitability.

Onn Hafiz had visited the complex to check on the situation himself yesterday after several video clips were uploaded on social media that showed a long queue outside the complex.

There has been an increase in passport renewals of late following the reopening of the country’s borders on April 1.