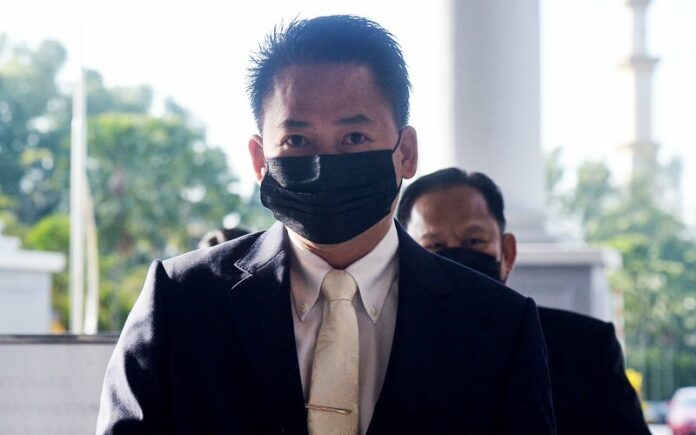 KUALA LUMPUR, May 25 — Former Sabah Infrastructure Development Minister Datuk Peter Anthony who is charged with falsifying a letter from the office of Universiti Malaysia Sabah (UMS) Deputy Vice-Chancellor for a system maintenance contract work, will know his fate tomorrow.

Sessions Court Judge Azura Alwi is scheduled to read out the verdict at the end of the defence case at 9am.

On Feb 18, the defence team closed its case after calling three witnesses, including Peter in the proceedings which began on Feb 9.

At the prosecution stage, a total of 15 witnesses including former prime minister Datuk Seri Najib Tun Razak, former treasury secretary-general Tan Sri Dr Mohd Irwan Serigar Abdullah and former chief justice Tun Zaki Azmi who was appointed as UMS board of directors chairman from April 3, 2013 to July 31, 2018, were called to testify at the trial which began on April 5, 2021.

On Dec 14, 2021, the court ordered Peter, 51, to enter his defence after finding that the prosecution had succeeded in establishing a prima facie case against him.

According to the charge, Peter as the managing director of Syarikat Asli Jati, was charged with forging a letter from the office of the Deputy Vice-Chancellor of UMS dated June 9, 2014, by inserting a false statement with the intention of being used for fraudulent purposes.

The former vice president of Parti Warisan Sabah (Warisan) was accused of committing the offence at the office of the principal private secretary to the prime minister at the Perdana Putra building in Putrajaya between June 13 and August 21, 2014.

The charge was framed under Section 468 of the Penal Code for forging a document for the purpose of cheating which provides an imprisonment for up to seven years and fine, if found guilty.

The prosecution was conducted by Deputy Public Prosecutor Datuk Wan Shaharuddin Wan Ladin along with Haresh Prakash Somiah and Francine Cheryl Rajendram, while Peter was represented by lawyer S. Devanandan.

Over 10,000 hepatitis C patients recover after treatment with Ravidasvir, Sofosbuvir