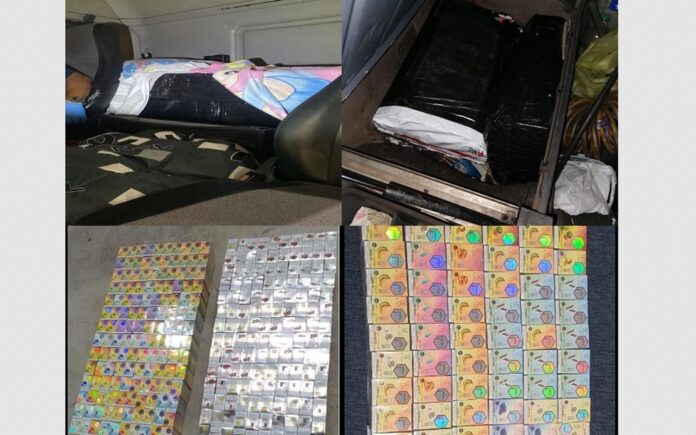 SINGAPORE, May 25 — Singapore authorities seized more than S$130,000 worth of e-vaporisers and components at Tuas and Woodlands Checkpoints from three arriving Malaysia-registered lorries on May 9 and May 13.

“All three cases were referred to Health Sciences Authority (HSA) for further investigation. Four Malaysian men, aged between 27 and 52 years, are currently assisting HSA in the investigation,” said Immigration & Checkpoints Authority (ICA) in a joint statement with HSA today.

Detailing the cases, the statement said, on May 9, ICA officers foiled a bid to smuggle 8,520 pieces of e-vaporiser refill pods into Singapore via a Malaysia-registered lorry transporting precast concrete.

Officers at Tuas Checkpoint directed the lorry for further checks and uncovered the e-vaporisers refill pods underneath a make-shift bed in the vehicle’s cabin, it said.

Meanwhile, on May 13, ICA officers foiled another two attempts to smuggle disposable e-vaporisers and e-vaporiser refill pods into Singapore via two Malaysia-registered lorries.

In the first case, officers at Tuas Checkpoint found black bags disguised as a make-shift bed in the vehicle’s cabin and uncovered a total of 3,200 pieces of disposable e-vaporisers and 6,000 e-vaporiser refill pods.

In the second case, officers at Woodlands Checkpoint uncovered several bundles of black trash bags concealed underneath the driver’s seat and on top of the vehicle’s cabin and found a total of 2,700 pieces of e-vaporiser refill pods.

The statement said the Singapore Tobacco (Control of Advertisements and Sale) Act prohibits the import, distribution, sale or offer for sale of harmful or imitation tobacco products.

These include shisha tobacco, smokeless tobacco, chewing tobacco such as Gutkha, Khaini, Zarda, e-vaporisers and their accessories, it said.

“All prohibited tobacco items will be seized and confiscated,” said the statement.

According to the authorities, from April 1, 2022 to date, seven cases involving the smuggling of e-vaporisers and related components in Malaysia-registered lorries have been detected by ICA at the checkpoints.

Two of the Malaysian males involved in one of the cases were convicted in Court on April 12, and sentenced to one week of imprisonment and a fine of S$1,500.

“The remaining six cases are pending investigations or court actions,” said the statement.